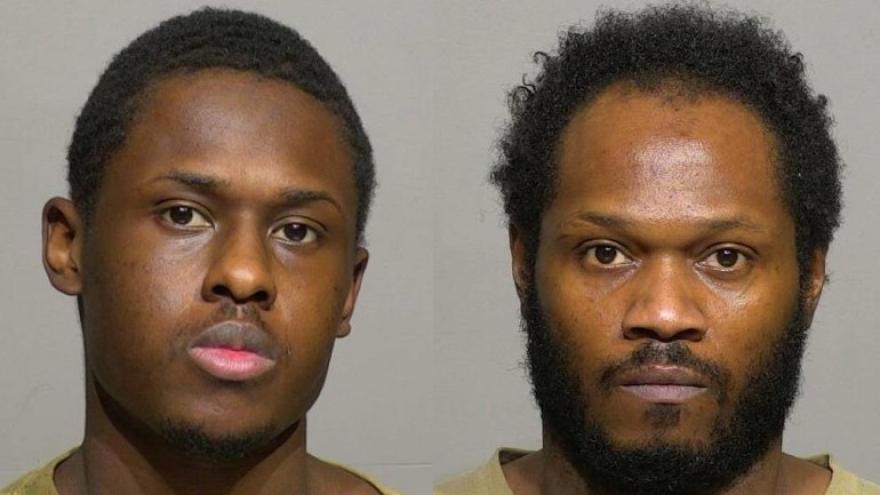 MILWAUKEE (CBS 58) -- Investigators say two inmates at the Milwaukee Secure Detention Facility attacked a corrections officer and severely beat him in an attempt to start a riot and escape. At one point, officials say one of the inmates unlocked the doors to other inmates' cells.

Willie King, 23, and Phillip Lee, 35, each face the following counts:

According to a criminal complaint, the attack happened Wednesday, June 3 around dinnertime. The complaint says a corrections officer opened King and Lee's cell door to allow them to discard items after their meal. Investigators say Lee then placed the officer in a face to face bear hug and carried the officer at least six feet back into the cell where “King was waiting.”

The criminal complaint says both Lee and King stripped the officer of his handcuffs, keys, pepper spray, and put his radio in the toilet, disabling it. King and Lee, according to the complaint, beat the officer in the head with a weapon made with a sock and a padlock, another weapon was made from the handle of a plunger. The attack lasted for more than three minutes, the complaint says. At one point, officials say Lee and King told the corrections officer to handcuff himself to the bed but he refused.

The criminal complaint says the corrections officer tried to break free from the pair but he was forcefully dragged away and restrained. King was captured on video closing the cell door, being a lookout from the cell window as Lee and the CO wrestled behind him. Video surveillance also appears to show King using the officer’s keys to unlock two other inmate cells in an attempt to free them.

More officers arrived and Lee and King were taken into custody. The corrections officer suffered injuries and required five staples to his head.

When authorities interviewed Lee, he said it was King’s plan to attack the officer, stating the purpose was to “have his way with him” and to get justice.

Lee admitted to authorities he was being stupid and following what King was trying to do. Lee stated King brought up the plan to attack the officer a day before, and also wanting to escape the jail. At the time, officials say, he “was cool with that.” The complaint states “he wanted freedom,” and that’s why King opened the other cell doors to create a distraction.

Investigators say Lee estimated King had told 11 people about the plan. A sergeant told him about the protests happening across the U.S., and stated it “looked with World War II.” King reportedly told Lee 60 inmates escaped in Chicago because of the riots, and they decided to team up to try and get out. The complaint says King started telling people to see who would want to go along with the plan. The complaint says King got numerous inmates on board.

According to the criminal complaint, King was asked whether they planned on escaping and he replied he planned… to “come together and have a voice and tell people what they are going through and get help.” When asked if they were going to riot on the pod, King responded “and every other floor they could.”

Detectives asked King how he was going to get to the other floors during the riot and he responded “by going through CO’s that go in his way.” The complaint says King’s intention was not to hurt anyone but “during these types of things that’s the outcome.” He would have taken people hostage if he had to, “if things worked out that way.” King reportedly said his “mind was there.”

Lee expressed remorse for what happened stating he was "very sorry for what they did because he is a Christian." Lee told investigators he could have talked King out of it, because he is older than him. According to the complaint, Lee believes he punched the corrections officer three times. Once he heard him cry out, he stopped hitting him. Lee added he "knows he should not have done this."

Both King and Lee are due back in court in early July.