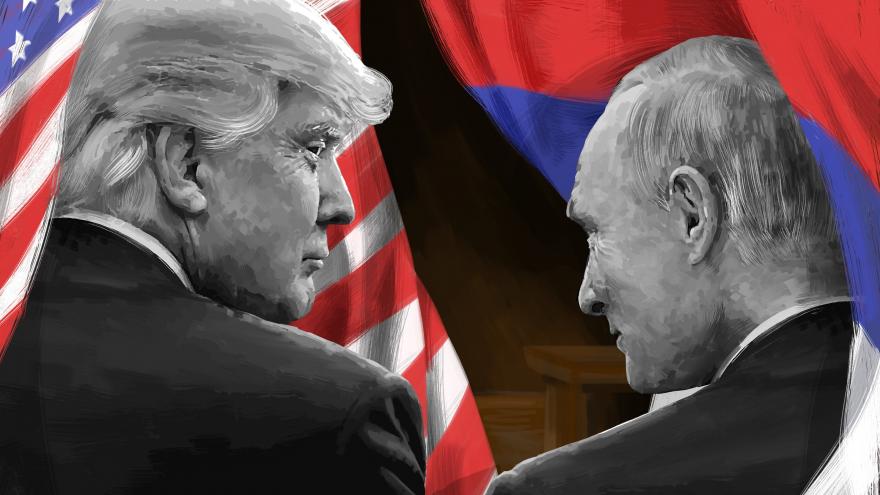 (CBSNews) -- Senior administration officials tell CBS News an effort is underway to clean up the mess created by President Trump's comments in Helsinki on Monday. Administration officials want the president to say he believes U.S. intelligence over Russian president Vladimir Putin and make clear there will not be any effort by the U.S. to cooperate with Russia on the Mueller probe.

As he stood with his Russian counterpart during a joint news conference following their two-hour meeting, Mr. Trump refuted the conclusion of his own intelligence agencies and appeared to accept Putin's denial that Russia interfered in the 2016 election.

"I have great confidence in my intelligence people," Mr. Trump said during the news conference. "But I will tell you that President Putin was extremely strong and powerful in his denial today."

Mr. Trump later tried to clarify his remarks, tweeting, "I have GREAT confidence in MY intelligence people."

As I said today and many times before, “I have GREAT confidence in MY intelligence people.” However, I also recognize that in order to build a brighter future, we cannot exclusively focus on the past – as the world’s two largest nuclear powers, we must get along! #HELSINKI2018

But he's also continued his praise of Putin, a man long seen as an enemy of the United States, calling Putin "very strong" during an interview with Fox News' Sean Hannity following the summit.

"He said 'what a shame,'" Mr. Trump said in the interview. "He felt it was very hard for me to make a deal because of, you know, all of this nonsense."

During the news conference, Mr. Trump also expressed interest in Putin's offer to have Russian intelligence assist in the case.

"He offered to have the people working on the case come and work with their investigations with respect to the 12 people," Mr. Trump said. "I think that's an incredible offer."

U.S. intelligence agencies have concluded it was the Russian government that directed cyberattacks on members of the Democratic Party. And Friday, special counsel Robert Mueller announced an indictment against 12 Russian intelligence agents for interfering in the election.

Mr. Trump said it was a "shame" he had to take questions about the investigation into Russian meddling in the election during the press conference. He's blamed the investigation for deteriorating U.S.-Russia relations.

During an interview with Chris Wallace, Putin refused to look at the special counsel's indictment against his agents.

"Russia, as a state, has never interfered with the internal affairs of the United States," Putin said in the interview.

At the press conference, Putin laughed off a question about having compromising information on President Trump.

Despite the president's praise of their meeting, the White House so far hasn't been clear what, if anything, came out of the one-on-one with Putin yesterday. But a White House official tells CBS News the president is feeling "very good" after the summit.