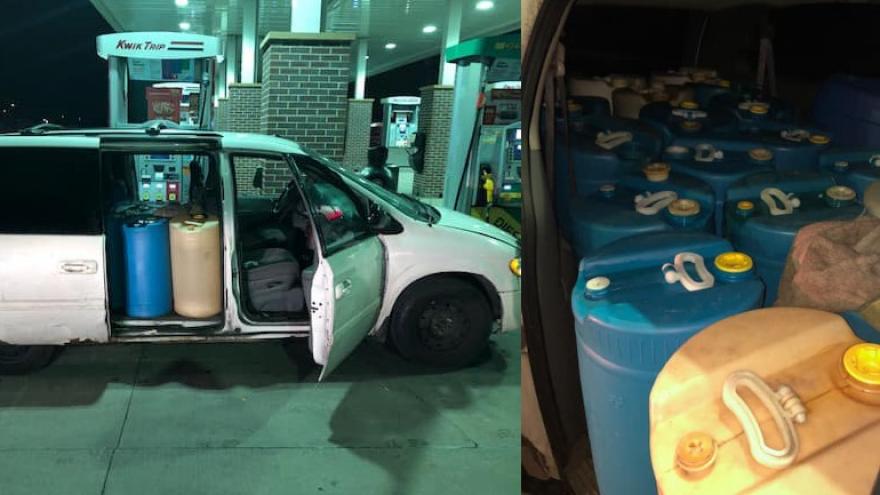 OAK CREEK, Wis. (CBS 58) -- Authorities are investigating after a van was discovered in Oak Creek, with approximately 300 gallons of stolen fuel inside.

The Wisconsin State Patrol was called to the gas station, where a Dodge Caravan with its rear seats removed was found loaded with 300 gallons of stolen fuel. The fuel was being loaded into 15-gallon plastic drugs which were leaking inside the vehicle.

The WSP inspector coordinated with the Wisconsin Department of Natural Resources and a hazardous materials crew to clean up and dispose of the fuel.

Officials say the fuel was stolen from several gas stations across the state with stolen credit cards as the suspects traveled back to Chicago.