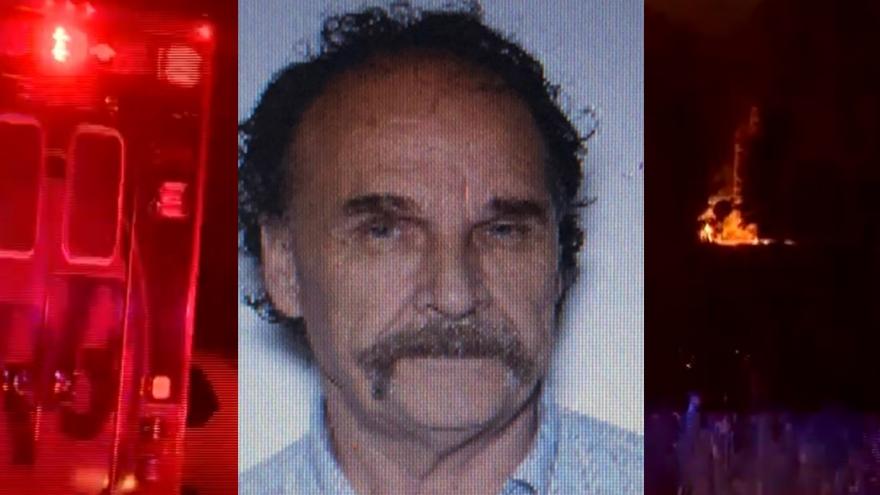 Anderson is wanted in connection to an ongoing investigation in Jefferson County after two people were found dead in a driveway in the Town of Sumner.

Anderson is described as a white male standing 6' tall and weighing 200 pounds, with blue eyes and balding, brown hair.

If you see Anderson, officials say do not approach. Call law enforcement immediately.

JEFFERSON COUNTY, Wis. (CBS 58) -- An investigation us underway after two people were found dead in the driveway of a home in the Town of Sumner.

The Wisconsin Department of Justice Division of Criminal Investigation (DCI) and the Office of the State Fire Marshal are investigating.

On June 16, the the Jefferson County Sheriff’s Office was dispatched to a home in Sumner for a possible burglary.

At the scene, the deputy observed two individuals laying on the driveway, later determined to be deceased.

Officials say shots were fired from the residence and the deputy returned fire. The deputy then saw black smoke coming from inside the residence.

At this time, law enforcement believes the incident was targeted and not a random act.

If anyone has information about this incident or was driving in the area of Wisconsin Highway 106 and County Highway A, you're asked to  contact Jefferson County Sheriff’s Office at 920-674-7310.