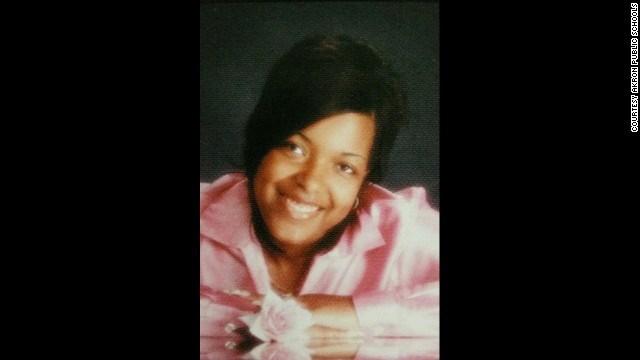 (CNN) -- The day before she went to the hospital with Ebola symptoms, Amber Vinson was flying halfway across the country on a commercial jet with 132 other people.

CDC Director Dr. Tom Frieden said she never should have stepped foot on the flight, but another federal official told CNN that no one at the agency stopped her.

Before flying from Cleveland to Dallas on Monday, Vinson called the Centers for Disease Control and Prevention to report an elevated temperature of 99.5 Fahrenheit and informed the agency that she was getting on a plane, the official said. She wasn't told not to board the aircraft, the official said.

After authorities announced the 29-year-old nurse had been diagnosed with Ebola on Wednesday, they were quick to say guidelines weren't followed when she took the commercial flight.

Dallas Mayor Mike Rawlings said he wasn't sure how it happened.

\"She was being monitored here in Dallas,\" he told CNN's \"The Situation Room.\"

\"And if she was being monitored correctly, I think she should have never gotten on that flight.\"

Frieden said she shouldn't have flown because she helped care for Ebola patient Thomas Eric Duncan, and because another health worker who cared for Duncan had already been diagnosed with the virus.

\"The CDC guidance in this setting outlines the need for what is called controlled movement. That can include a charter plane, a car, but it does not include public transport,\" Frieden said. \"We will from this moment forward ensure that no other individual who is being monitored for exposure undergoes travel in any way other than controlled movement.\"

CDC guidelines warn airport screeners that travelers returning from West Africa with a temperature of 100.4 Fahrenheit and higher could be showing Ebola symptoms.

Frieden said Wednesday that Vinson's slightly elevated temperature was another sign she shouldn't have boarded the aircraft.

Vinson didn't show any symptoms when she got on a flight Frontier Airlines flight from Cleveland to Dallas on Monday, the airline said.

Frieden said there's an \"extremely low\" risk to anyone else on that plane, but the CDC is reaching out to everyone on the flight as part of \"extra margins of safety.\"

Vinson was transferred Wednesday night from the Dallas hospital to Emory University Hospital in Atlanta, which has successfully treated two other patients. It is now treating a third: a male health care worker who was infected in Sierra Leone.

The first Dallas health care worker diagnosed with Ebola, Nina Pham, remains in good condition, officials said. It has not been determined whether she will be transferred to another facility.

Both Dallas health workers had \"extensive contact\" with Duncan on September 28-30, when he had \"extensive production of body fluids\" such as vomit and diarrhea, Frieden told reporters in a conference call.

Health care workers who had been exposed to Duncan were undergoing self-monitoring. Moving forward, the CDC will ensure that no one else in such a situation travels outside of a closed environment, he said.

Vinson flew from Dallas-Fort Worth to Cleveland on October 10, Frontier Airlines said. On October 13, she headed home.

That's the flight health officials are concerned about, though they stress that the risk of exposure to passengers who were on the plane with Vinson is low, since she did not yet show symptoms. The Ebola virus is not contagious before symptoms set in.

\"Because of the proximity in time between the evening flight and first report of illness the following morning, CDC is reaching out to passengers who flew on Frontier Airlines flight 1143 Cleveland to Dallas/Fort Worth Oct. 13,\" the CDC said in a statement. The flight landed Monday at 8:16 p.m. CT.

The woman \"exhibited no symptoms or sign of illness while on Flight 1143, according to the crew,\" Frontier Airlines said in a statement.

The October 13 flight was cleaned thoroughly after it landed, \"per our normal procedures which is consistent with CDC guidelines,\" the airline said. After the airline was informed of the Ebola patient, the plane was removed from service.

After going through decontamination, the plane was going back into service on Wednesday, Ricky Smith, Cleveland's Director of Port Control, said at a news conference. Both the CDC and the airline were comfortable that it was safe to resume operations, he said.

In a sign of growing concerns about Ebola, President Barack Obama canceled trips to New Jersey and Connecticut on Wednesday to convene a meeting at the White House of Cabinet agencies coordinating the government's response to the outbreak.

Vinson, who lives alone, is in isolation at Texas Health Presbyterian Hospital.

The news that she contracted Ebola cast further doubt on the hospital's ability to handle the virus and protect employees.

It's the same hospital that initially sent Duncan home, even though he had a fever and had traveled from West Africa. By the time he returned to the hospital, his symptoms had worsened. He died while being treated by medical staff, including the two women who have contracted the disease.

Medical staff \"may have done some things differently with the benefit of what we know today,\" he said, adding, \"no one wants to get this right more than our hospital.\"

People in the Vinson's office building were informed when officials went door to door, and also through early morning reverse 911 calls, officials said.

The health care worker had no pets, authorities said.

Official: Duncan should have been moved

An official close to the situation says that in hindsight, Duncan should have been transferred immediately to either Emory University Hospital in Atlanta or Nebraska Medical Center in Omaha.

Those hospitals are among only four in the country that have biocontainment units and have been preparing for years to treat a highly infectious disease like Ebola.

\"If we knew then what we know now about this hospital's ability to safely care for these patients, then we would have transferred him to Emory or Nebraska,\" the official told CNN senior medical correspondent Elizabeth Cohen.