MILWAUKEE (CBS 58) -- Surveillance video shows the tense moments a Milwaukee County Transit bus driver and seven passengers had to evacuate the vehicle due to a fire.

The bus burst into flames on July 4 near 76th and Layton.

MCTS says its insurance provider and the Greenfield Police Department each performed thorough reviews and concluded the fire was not criminal. While an official cause cannot be determined due to extensive damage, it's believed a small rupture in a hydraulic hose likely caused vapor to leak and ignite on hot engine equipment.

MCTS says everyone was able to evacuate safely within 23 seconds of the bus stopping and included the task of unhooking multiple mobility device securement straps and lifting a rider and his wheelchair off-board. No one was hurt in the fire. 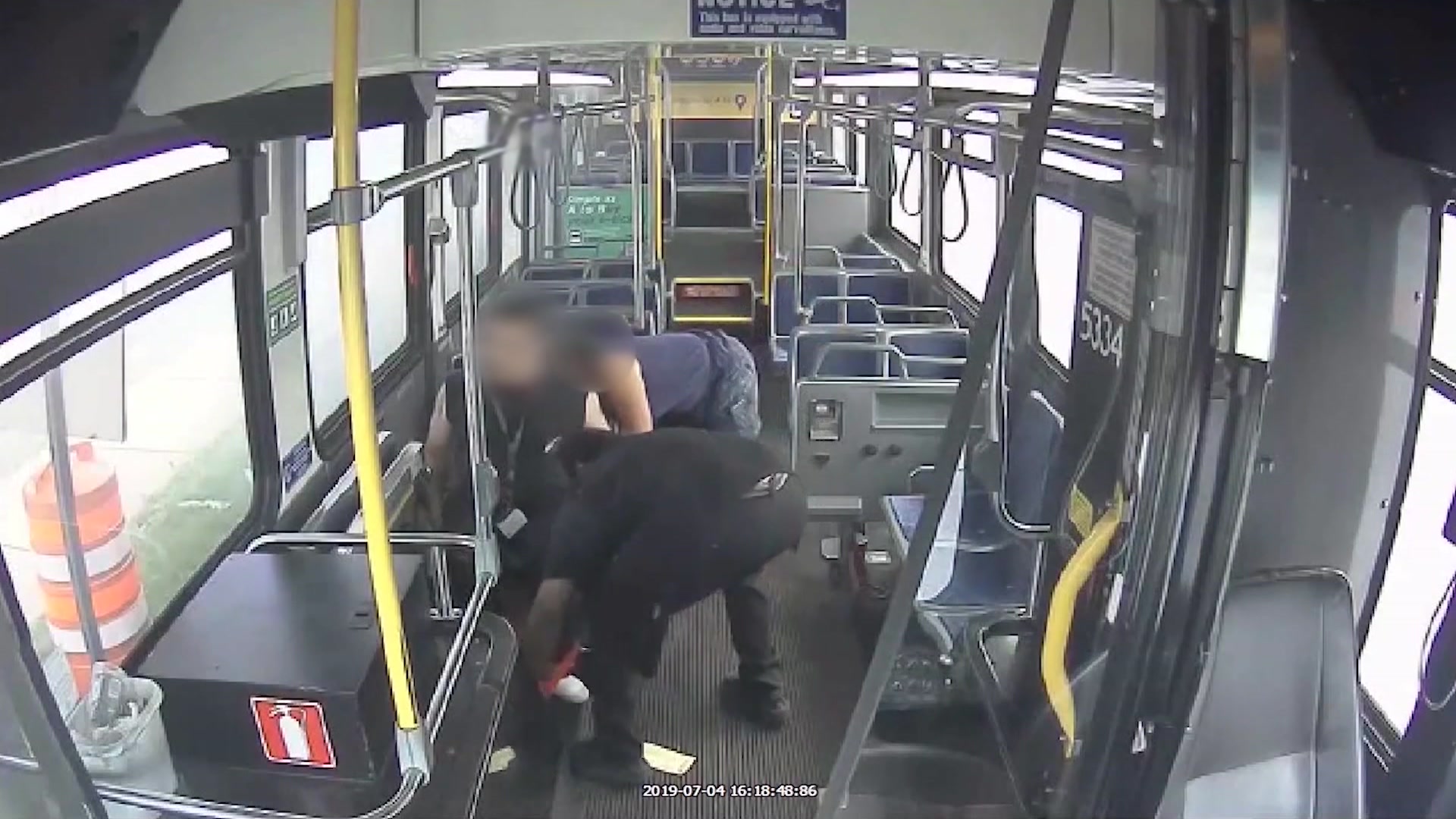 The driver, Donnell Maxey, was employed by MCTS for 11 years. Officials say he followed proper company protocols and procedures in order to stop the bus and get his passengers to safety. In an unrelated development, MCTS says Mr. Maxey has since resigned from his position in order to relocate for a new career opportunity.

MCTS says the bus involved in the incident was about seven years old and had just undergone a regular maintenance inspection less than a month before the fire and still had 2,000 miles left to go before its next full inspection. MCTS says drivers also perform a pre-trip inspection before departing the garage every day. Additionally, mechanics and other garage staff examine each bus while it’s being cleaned or maintained on a daily basis.

MCTS says they have nearly 375 buses that altogether travel more than 18 million miles per year. The bus service says major mechanical incidents, like the bus fire, are extremely rare.

MCTS is commending the driver, his passengers, good Samaritans, and emergency crews who all worked together to make sure that everyone was safe and the fire was extinguished quickly.