Officers help ‘good kids growing up in a horrible situation’ 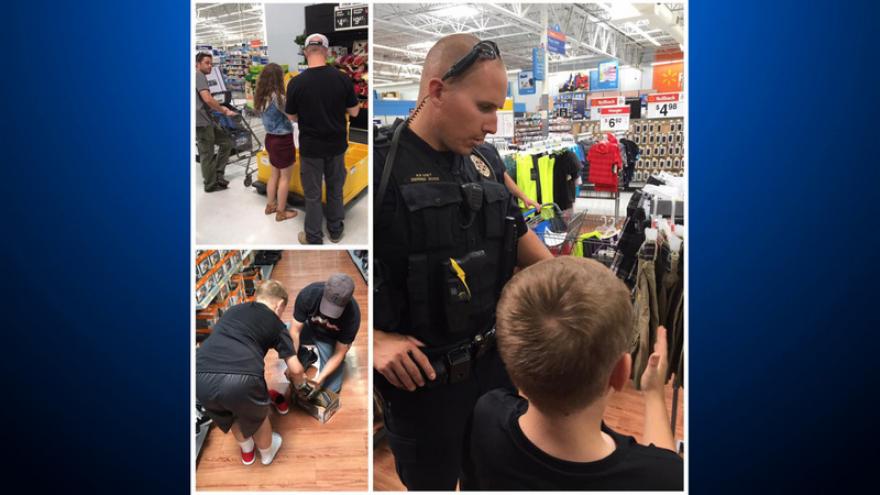 Fort Collins Police Services posted about it on Facebook Monday, saying that they contacted a 10-year-old boy in a hotel room after serving the warrant.

“He had been left alone by his parent, who is a suspect in the case. The living conditions in the room were horrible with mice feces and dirty clothes scattered everywhere.”

Officers were going to take the boy to live with his grandparents, but when they searched for clean clothes for him to take they couldn’t find anything so “Detective Brian immediately went out to personally purchase clothes and sneakers for the boy so he’d have something clean and comfortable to call his own.”

After doing so, officers learned the boy had a 13-year-old sister living in the same room.

Officer Derek took donations from patrol shifts that day, and with the help of Santa Cops of Larimer County, they took the two kids and their grandmother, along with two other detectives, on a surprise shopping trip.

“Both kids got new school clothes and school supplies, and officers stocked grandma’s fridge. Sgt. Bob provided two backpacks, loaded with school supplies, from the Laramie River Valley Rendezvous. An officer’s wife, who owns a local salon, arranged to have both kids come in for free haircuts and styles so they’ll be ready for the new school year.”

Both were super excited and appreciative, as were the grandparents, with the help the officers offered.

They’re just “good kids growing up in a horrible situation.”

Through the combined efforts of all of the officers and organizations, they donated over $500 “to make life just a little easier for these two young people.”