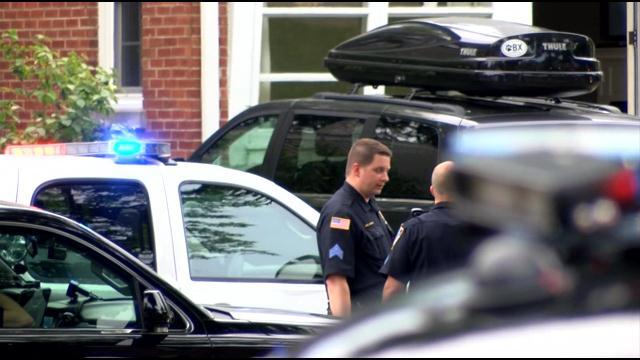 UPDATED: The suspect in yesterday's police-involved shooting in Whitefish Bay has been released from hospital. According to Whitefish Bay Police he is on his way to jail.

Milwaukee police confirm they are investigating an officer-involved shooting in Whitefish Bay. It all happened on the 5100 block of Kent, near Henry Clay. Whitefish Bay Police Chief Michael Young says they were called out to the home for \"family trouble.\"

It's not clear why but upon meeting a 39 year old man at the scene, an officer shot him.

Neighbors tells us it all started when they heard police sirens after 5PM Monday afternoon.

\"Completely stunning, \" said Rick Alford, who lives in the home next to where this all happened.

He says there's never been any problems with his neighbors.

\"Very quiet, a nice fellow, just not very social kept to himself and his young family. They had what I thought as a nice relationship,\" said Alford.

His wife was home when it happened

\"My wife told me my neighbor was shot. She said there was maybe a discharge of a weapon.  And then Flight for Life showed up,\" said Alford.

Police confirm the man was conscious when he was taken from the scene, and is now recovering at Froedtert.

Like everyone else, she is now left with questions, still terrified at what she saw.

\"Distraught scared and confused. So much activity in a neighborhood where there's usually very little activity,\" said Alford.

Whitefish Bay Police say the officer who shot the 39 year old is a nine year veteran of the force who is on administrative leave pending the outcome of the investigation.

Milwaukee Police confirm they are investigating the shooting.