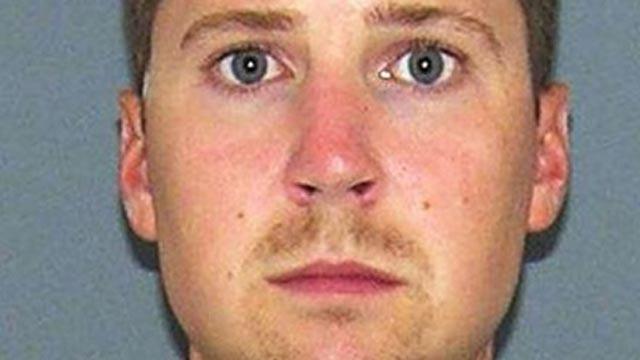 (CNN)- University of Cincinnati Police Officer Ray Tensing was indicted Wednesday on a murder charge for shooting Samuel DuBose during a traffic stop this month.

If convicted, Tensing could go to prison for life, said Hamilton County Prosecutor Joe Deters in a press conference. Deters played body camera footage of the shooting that appeared to contradict Tensing's version of the incident.

\"I've been doing this for over 30 years. This is the most asinine act I've ever seen a police officer make -- totally unwarranted,\" said Deters. \"It's an absolute tragedy in the year 2015 that anyone would behave in this manner. It was senseless.\"

The prosecutor, who said he was shocked when he first saw the video, was adamant DuBose had not acted aggressively toward Tensing.

\"People want to believe that Mr. DuBose had done something violent towards the officer -- he did not. He did not at all. I feel so sorry for his family and what they lost, and I feel sorry for the community, too,\" Deters said.

Tensing fatally shot DuBose, 43, at a July 19 traffic stop over an alleged missing license tag. The officer had said that he was forced to fire his weapon after almost being run over.

A reporter asked Deters whether he thought Tensing tried to mislead investigators looking into the incident.

\"Yes,\" he said. \"I think he was making an excuse for the purposeful killing\" of DuBose, who was unarmed.

DuBose's mother told reporters that she is grateful \"everything was uncovered.\"

\"I want everybody to just lift up their heads in prayer, and thank God because this one did not go unsolved and hidden,\" said Audrey DuBose.

Tensing surrendered to authorities shortly after news of the indictment broke. He is expected to be arraigned on Thursday. The officer has been fired from his job.

An attorney for DuBose's family said he does not believe there would have been an indictment if there hadn't been video available of DuBose's interaction with Tensing.

\"We've now made a huge first step because in a situation where sometimes people believe that officers are not held accountable for their actions. In this case, one is being held accountable. So Cincinnati is showing the rest of us how to do this right,\" said attorney Mark O'Mara.