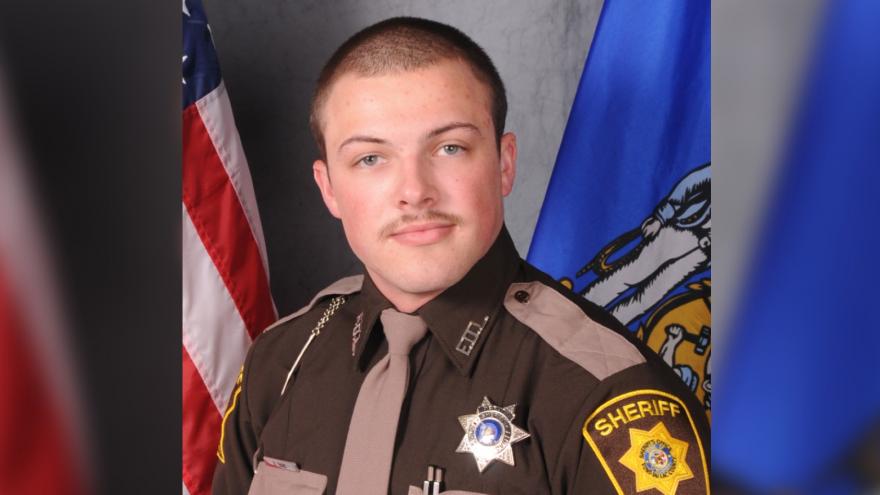 GRAND CHUTE, Wis. (CBS 58) -- An off-duty Fond du Lac County sheriff's deputy was among those who sprang into action following a shooting at the Fox River Mall Jan. 31.

According to the sheriff's office, Blaine Evans was in Grand Chute to celebrate the birthday of a relative at a local restaurant, and stopped at a store in the mall. While inside, he began to see people running and learned there had been shots fired in the adjacent food court.

Deputy Evans separated from his family members, who were escorted to a secure room, and identified himself as an off-duty deputy to store management.

He was taken to the video surveillance room to look at camera feeds in an attempt to locate the shooter, and while reviewing the feeds, they identified a victim laying on the outdoor sidewalk. The manager allowed Evans to exit the store, and he immediately began administering first aid to the victim.

The victim had suffered a gunshot wound to his hip, and Deputy Evans obtained a sterile feminine pad from a passing female who was fleeing the area. He used the pad to apply pressure to the gunshot wound and stop the bleeding.

An ambulance arrived for the shooting victim, and Evans rode along to provide security.

Eventually an on-duty officer replaced deputy Evans in the ambulance and Evans was able to reunite with his family.

Fond du Lac County Sheriff Ryan Waldschmidt spoke to Deputy Evans later that night about the experience, and Evans said, “We train for this. Any one of us in the same situation would have done the same thing. I just happened to be in the right place at the right time tonight.”

Evans has been with the sheriff's office since June of 2018.