Happy November! October is in the books and it went out with a huge bang! The Halloween snowstorm was historic and something kids will be talking about for the rest of their lives. We shattered the Halloween snow record by five inches with a midnight to midnight total of 5.4". 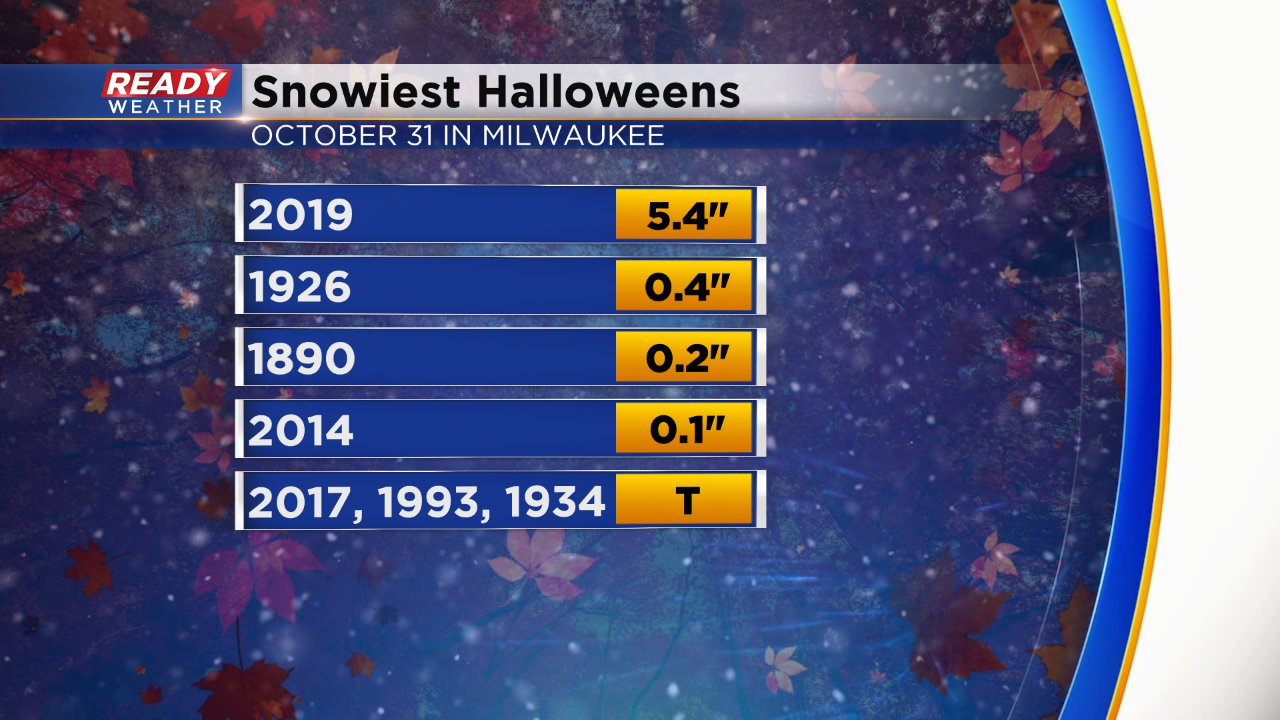 A little snow fell before midnight on the night of October 30 putting our storm total snow at 5.8" in Milwaukee. Most of Wisconsin picked up 5-8" of total snow. Those totals would be impressive if this was a January or February storm but having that much fall in October is historic. 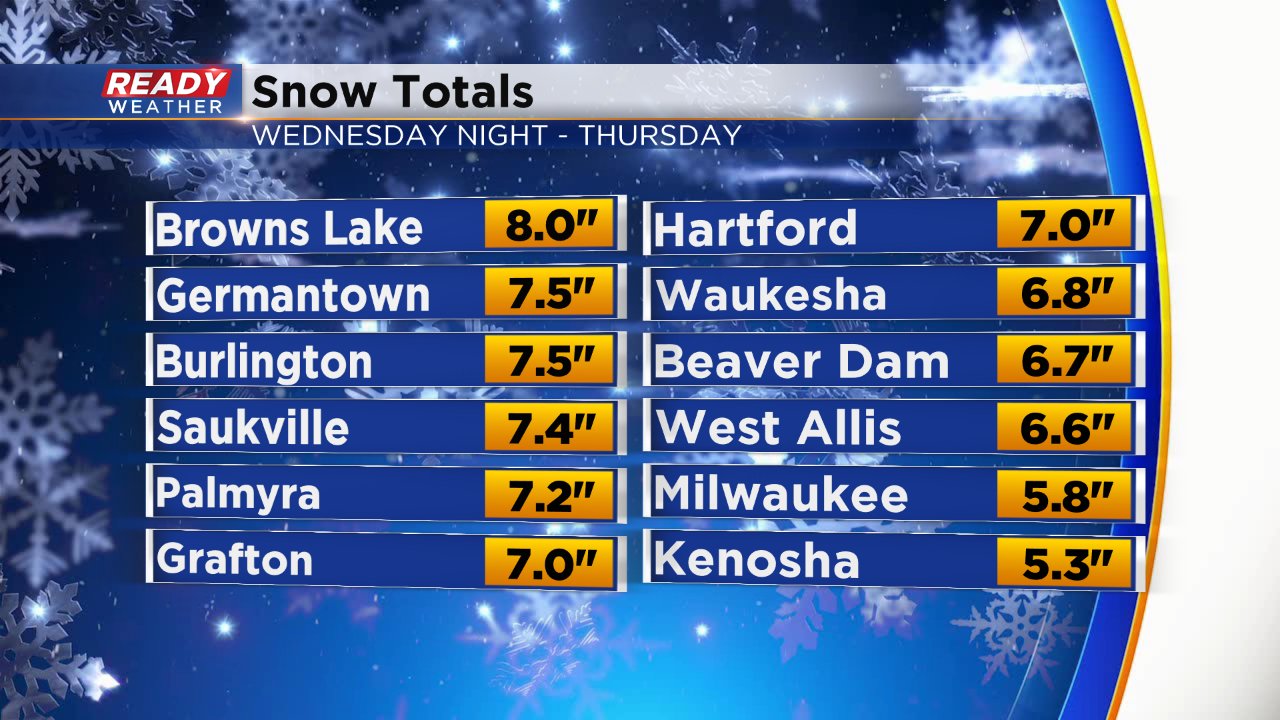 The last day snowfall put the October monthly snow at 6.1" just two tenths of an inch way from tying the record snowiest October of 1989. 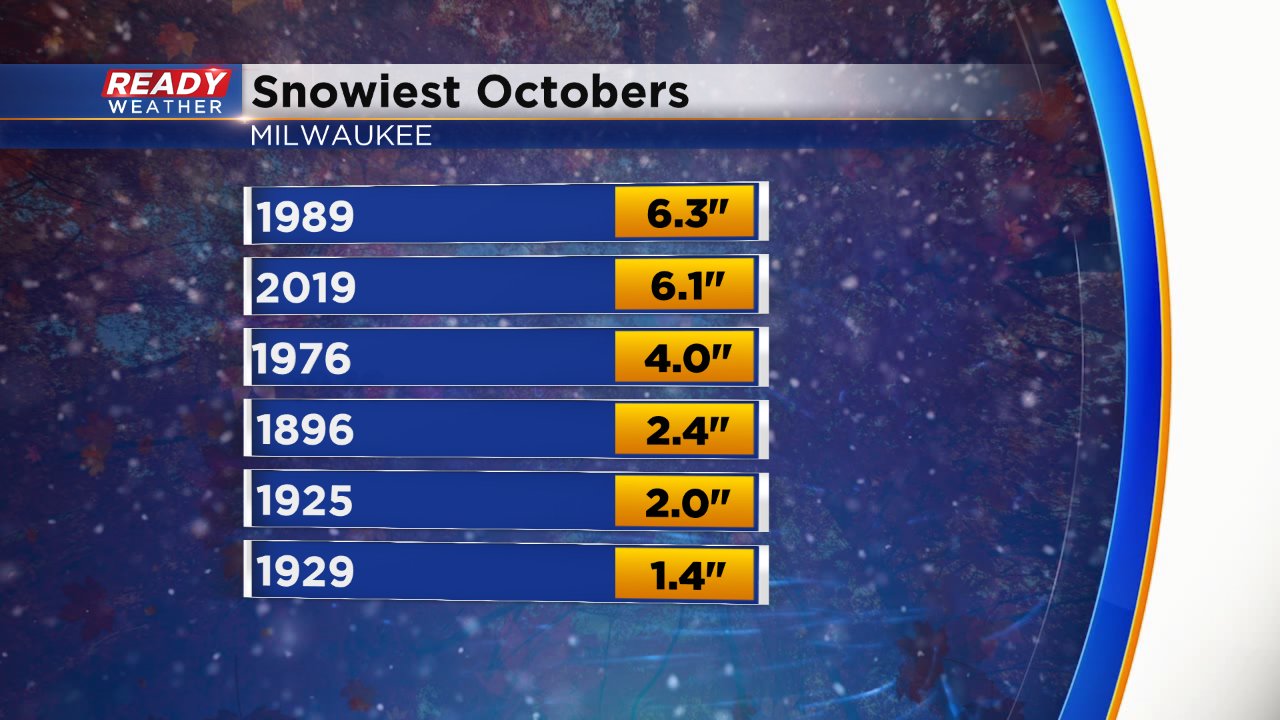 Before the snowy end to October, it was a very wet month. The total precipitation including rain and the liquid equivalent of the snow that fell equaled just under 6.50" which goes down as the third wettest on record. The wettest October on record was in 1877 with 7.15" of precipitation. 1991 was the second wettest with 7.03" of precip. 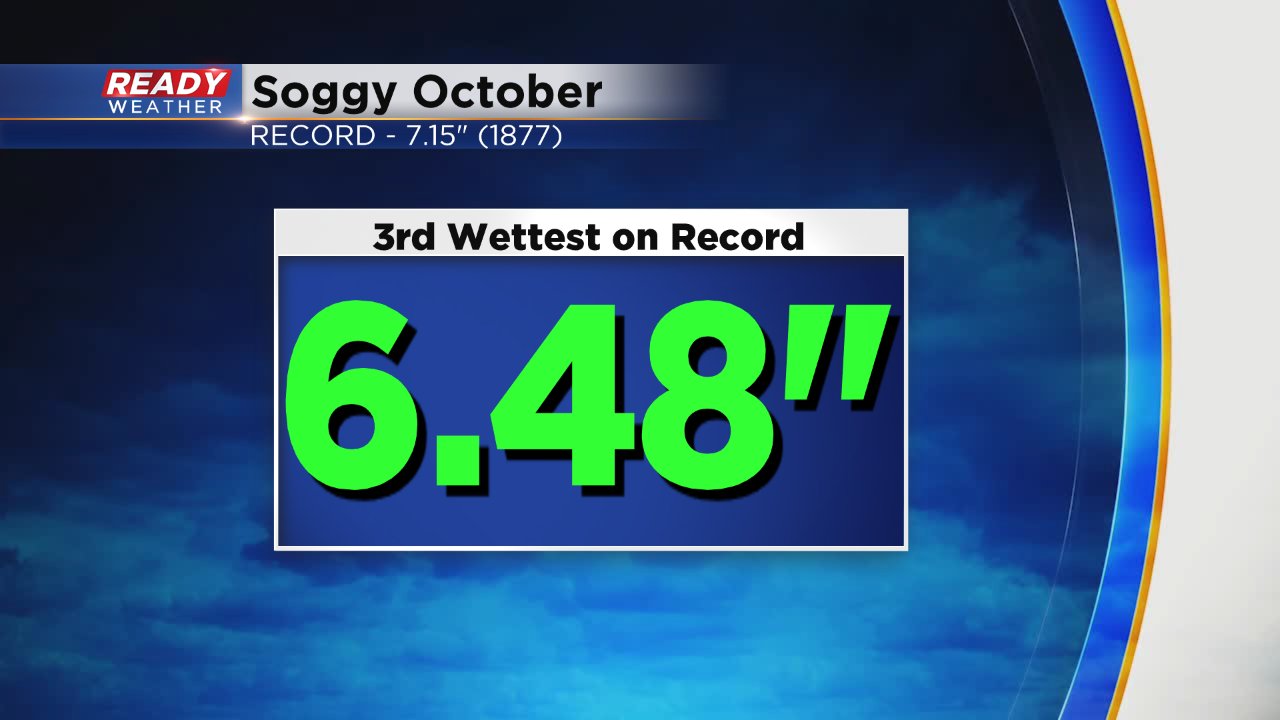 In addition to the wet and snowy October, it was also a chilly month. Average temps were below-average with an average temp just under 50°. Fittingly, the warmest temp of the month came on its first day with a high of 77° and the coldest temp came in the evening of Halloween when it dropped to 25°. 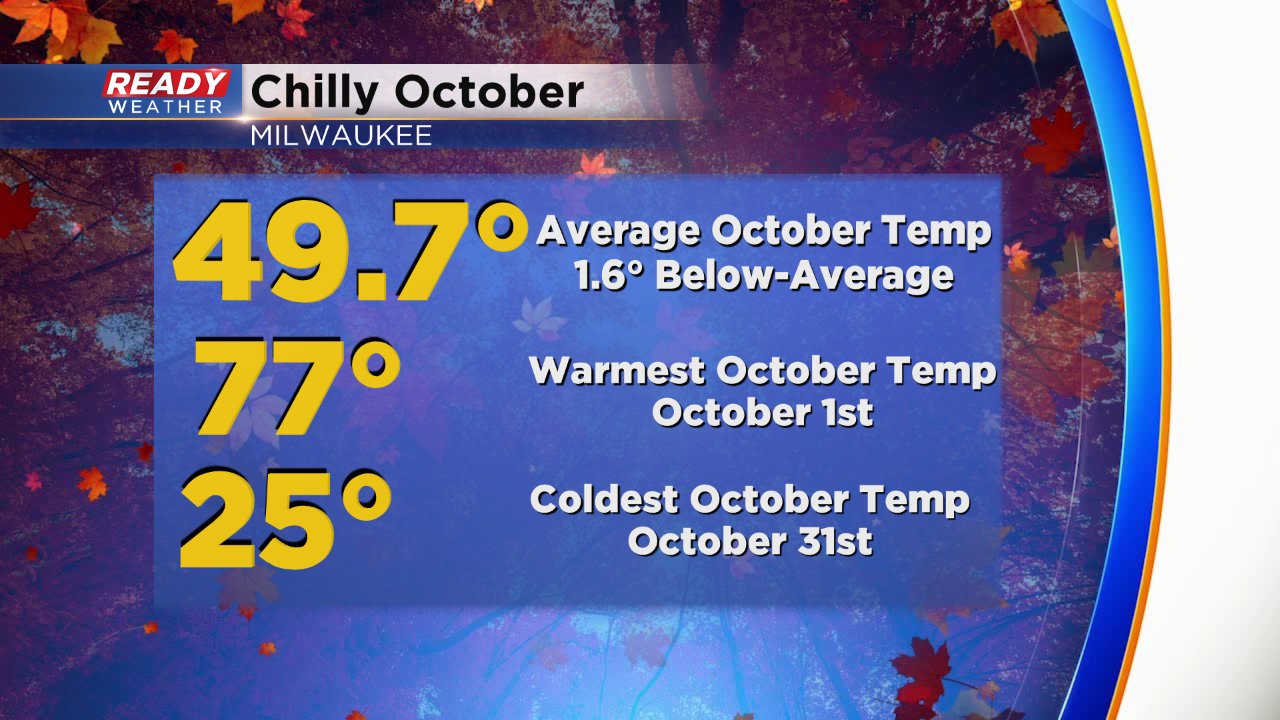 Download the CBS 58 Ready Weather app to see the 10-day forecast to see if there's any more snow in our future.