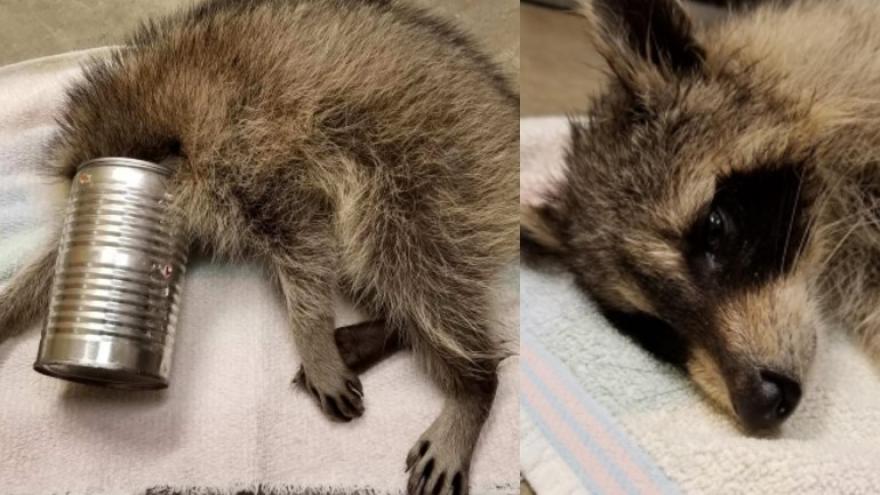 According to the Wildlife In Need Center in Oconomowoc, the raccoon was found with an aluminum can stuck on his head.

Staff at the animal center sedated the raccoon in order to remove the can.

"Luckily, the can wasn't on too long since there were not any skin abrasions and the raccoon was only a little dehydrated," animal staff said.

The animal center said the raccoon was given fluids after waking up and he was able to eat a snack.

A happy ending for all.

Today 49° Times of sun and clouds