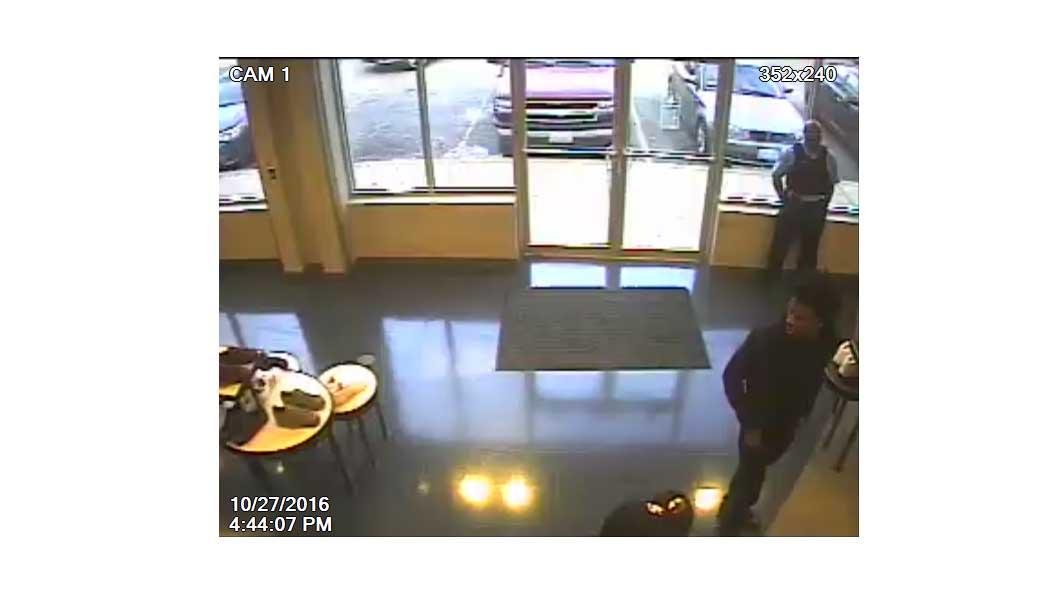 According to police, the card number was used by two individuals who made a $534.56 purchase of three pairs of athletic shoes from the Footlocker store #8615, located at 6930 S. Ashland Avenue, Chicago, IL.

The two individuals proceed to the register and the individual paying for the shoes is observed as he presents several credit cards along with our complainant's credit card.

Based on the numbers of the credit cards being similar it might be possible that the other two cards could also be related to other Child Support accounts.

Anyone recognizing the individuals in the attached images or having any similar incidents or further info, please contact Det. Harnisch directly, Reference #2016-13640.