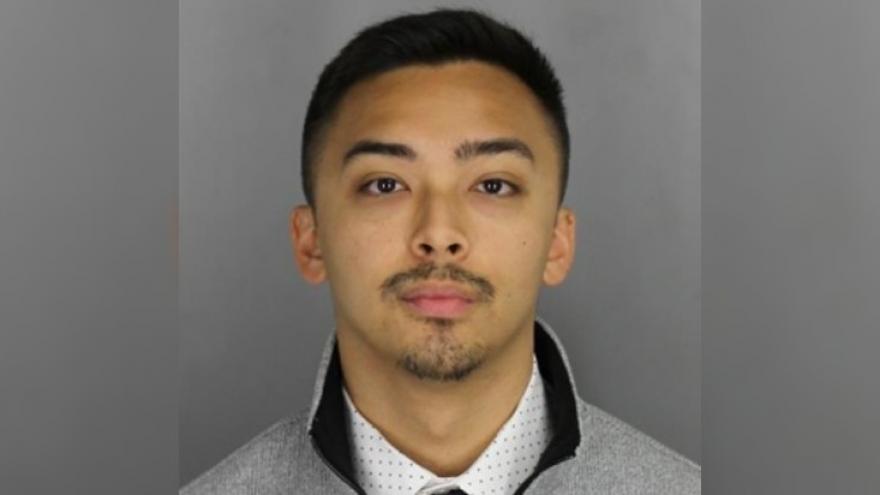 MILWAUKEE (CBS 58) -- An Oconomowoc police officer is accused of fourth degree sexual assault while on duty.

According to a criminal complaint, on Jan. 11, a woman filed a complaint regarding inappropriate contact with 28-year-old Thomas Scott of Watertown -- who is a police officer with the Oconomowoc Police Department.

The victim reported the incident happened on Jan. 9. She alleged Scott came to her home dressed in full police uniform and his squad was parked in front of the residence. The victim told investigators she recognized Thomas from prior professional contacts and invited him inside.

According to the criminal complaint, Thomas reportedly commented on the icy concrete area in front of her residence. The victim told officials she asked Thomas if that's why he was there and he reportedly said that was not why he was there but offered to shovel it for her in the future.

Thomas allegedly stated he was "just there to check up on her" because he was aware of her pending divorce.

The victim told authorities she was leaning over a table trying to grab something and Thomas touched her in an inappropriate way that disturbed her. At another time, the victim reported Thomas put his hand on the small of her back and it made her uncomfortable.

Prior to leaving, Thomas allegedly initiated a hug with the victim and he also kissed her neck.

The victim told investigators there was no personal relationship between her and Thomas. She allowed her phone to be processed by the Waukesha County Sheriff's Department and it was determined there had been no contact between the two.

Investigators reviewed the police logs and it was determined Thomas never documented stopping by the victim's home.

Authorities interviewed Thomas, who stated his department was given a directive to issue citations to homeowners when snow has not been removed from the sidewalks in a timely matter. Thomas allegedly said he stopped by the victim's house to let her know about the violation, but did not call out to being at her home because he felt if he did, he would be obliged to issue a citation and he did not want to do that.

Thomas told investigators, according to the complaint, he viewed this as a "courtesy visit." He further stated he did not stop at any other residences for snow removal violations, nor did he make any other courtesy stops.

The complaint says, Thomas was asked if he ever touched the victim and he said no. He stated at some point he may have "inadvertently brushed against her," and did admit he put his hand on her back. When asked if Thomas kissed the victim's neck, he denied the allegation.

Thomas was charged with fourth degree sexual assault and misconduct in office.