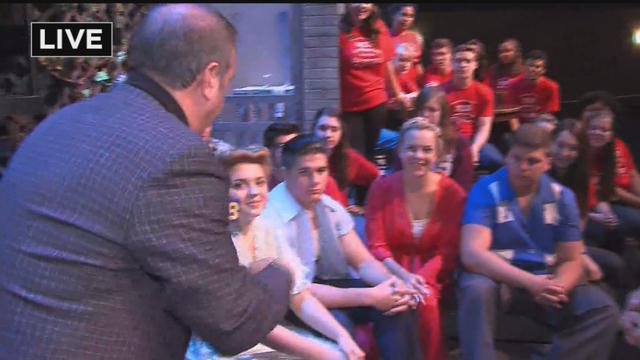 Some high drama at Oconomowoc High School as the theater group called "The Players" prepares to put on the last production of the academic year. It's Tennessee Williams' Pulitzer-winning play called "A Streetcar Named Desire."

The story centers around the darker side of family relations and the importance of forgiveness and compassion. CBS58's Michael Schlesinger got a behind-the-scenes look at what it takes to put on this major production.

OHS's drama department has many accolades under its belt.  It's received numerous praise for its production and acting achievements known as "The Tommy Awards" and has been part of two overseas trips to Scotland to showcase its talents.

If you want to catch a showing of "Streetcar" you have several opportunities starting Thursday evening. Click on the attached link for more information about times and ticket information.