Obama Compares Himself to Aaron Rodgers 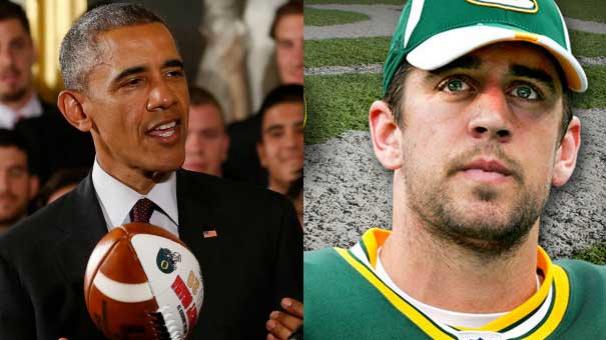 Earlier this fall, Grantland founder and future HBO star Bill Simmons sat down with President Obama. On Tuesday, their interview finally landed on GQ's website.Unsurprisingly, given it was Simmons asking the questions, we learned a bit about Obama's sports takes, including that he's comparable to Aaron Rodgers.

"Or maybe [Aaron] Rodgers in the pocket, in the sense of you can't be distracted by what's around you, you've got to be looking downfield," Obama said when asked if he was similar to Gregg Popovich. "And I think that's a quality that I have -- not getting flustered in what's around me."

Then, when Obama was asked if he'd rather be the commissioner of the NFL, MLB or the NBA, he responded by saying he'd be "best suited for basketball."

"But I cannot believe that the commissioner of football gets paid $44 million a year," Obama added.