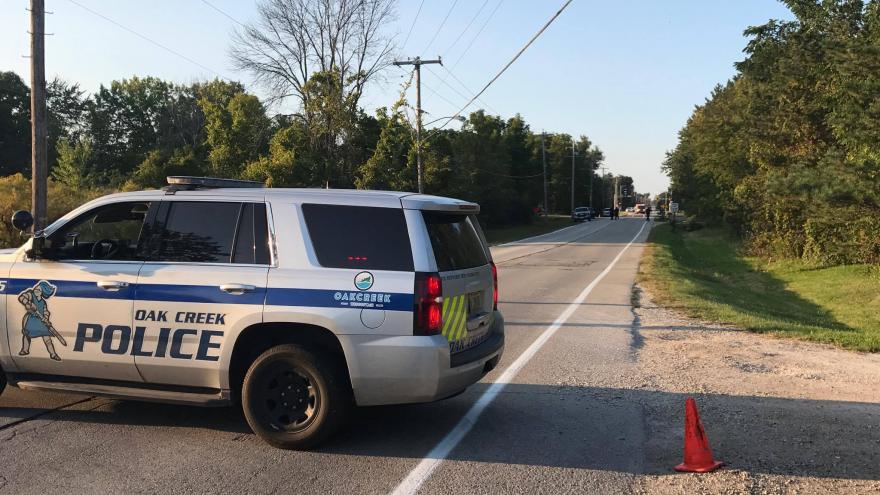 Oak Creek, WIS. (CBS 58) -- A man is dead following a domestic incident that happened in the 9800 block of S. Nicholson Road on Wednesday afternoon.

Around 3 p.m., a woman drove herself to the police department after being severely injured in an altercation with her husband at their home. She was taken to a local hospital for treatment of her injuries.

The Oak Creek Police Department took tactical precautions while attempting to make contact with the man due to the violent nature of the altercation, as well as threatening statements which were reported to the police.

The man was later found deceased inside of the home.

If you witnessed anything in the area between 10 a.m. and 3 p.m., you're asked to call the Oak Creek Police Department.

There is no threat to the public.