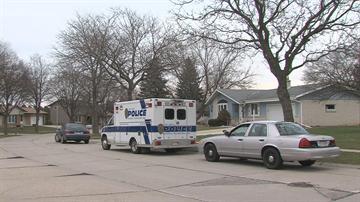 They received a 911 shortly before 2 p.m. Wednesday from a man that said that he shot his wife and himself and his wife was not breathing.

When officers arrived the man walked outside and surrendered himself to police.

Officers checked the house and found the female who had died from an apparent gunshot wound.

The man was taken to a local hospital to be treated for his injuries.

His current condition is unknown.

Police are not releasing the names of the couple at this time.

Neighbors said that the couple was elderly and their health was failing.