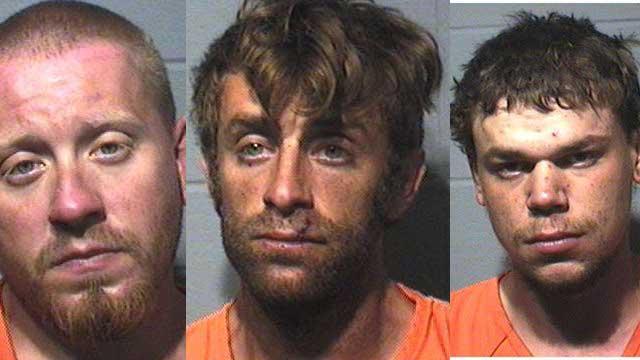 An Oak Creek man has been arrested for allegedly beating a man in Portage because he was an off-duty correctional officer.

The incident happened on Wednesday around 1:39 AM.

According to Portage Police Department, responding officers learned that the victim had been beaten severely by three individuals because he had been targeted as an off-duty correctional officer.

The initial investigation further revealed that the suspects had been bragging that they were carnival workers in Portage for the Columbia County Fair and that they had beaten a cop.

Taken into custody regarding charges of Substantial Battery and Disorderly Conduct were Steven R. Franke, of Oak Creek and Robert D. Hamm, of Texas,.

Referred to the Columbia County District Attorney’s Office for charges of Disorderly Conduct was  Dustin E. Meeker, age 25, of Portage.

The Portage Police Department was assisted by Divine Savior Hospital and EMS.

Anyone with information about this crime or any other crime is encouraged to contact the Portage Police Department at 608-742-2174.