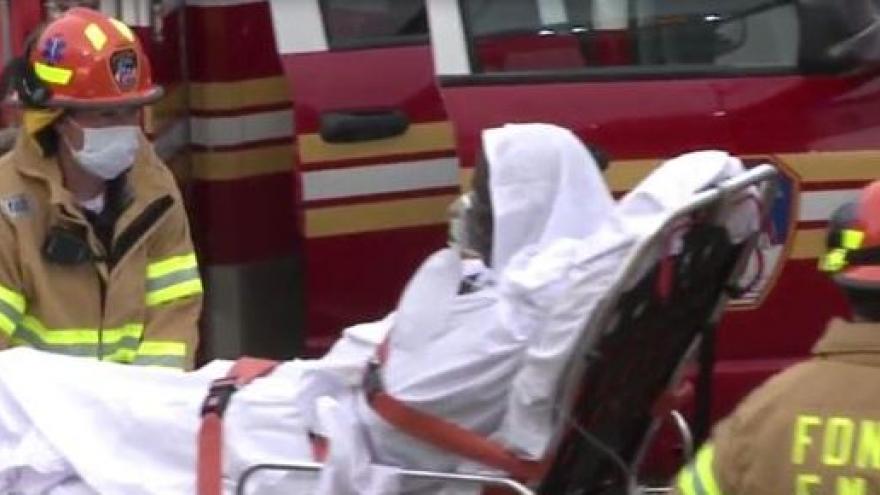 Cell phone video showed Wray minutes after the explosion, doubled over in pain after he opened the package left on his porch in New York City's Queens borough.

A tenant of Wray's building told the station he noticed the package on his doorstep earlier in the week but just put it to the side because he didn't recognize the name it was addressed to. Police say while the package had no postal information, it was addressed to a first name. They said the package sat in front of the home for days until Wray came by and opened it.

"He was burned all over his body from head to toe," neighbor Audrice Campbell said.

A man named Thomas was one of several neighbors who threw wet towels over Wray.

"I saw a man lying in the grass and he was actually on his knees and he was on fire," Thomas said. "He was screaming out in pain. Lot of pain, because the flames engulfed his whole top half."

The New York Police Department's bomb squad spent the next several hours collecting evidence and testing residue on the brick wall and front door of the home. They found a cylinder-shaped package roughly the size of an oatmeal box filled with black powder — possibly gunpowder used in antique firearms.

Following the explosion, Wray was left with second-degree burns on 80 percent of his body.

The cause of Wray's death is pending an autopsy and a ruling by the New York City Medical Examiner's office, but it is presumed to be a homicide, a police source told CBS New York.

No arrests have been made in the case.