NOW: November goes down as the top 25 snowiest and coldest on record

November is over and a lot of you are saying good riddance to a month that was cold and snowy, especially for the first three weeks. Over 75% of the days in November were below-average. The warmest temp of the month happened on the 21st when we hit 55°, the coldest happened on the 12th when we hit 9°. Overall the average November temp was nearly 5° below-average and it ended as the 24th coldest November on record. 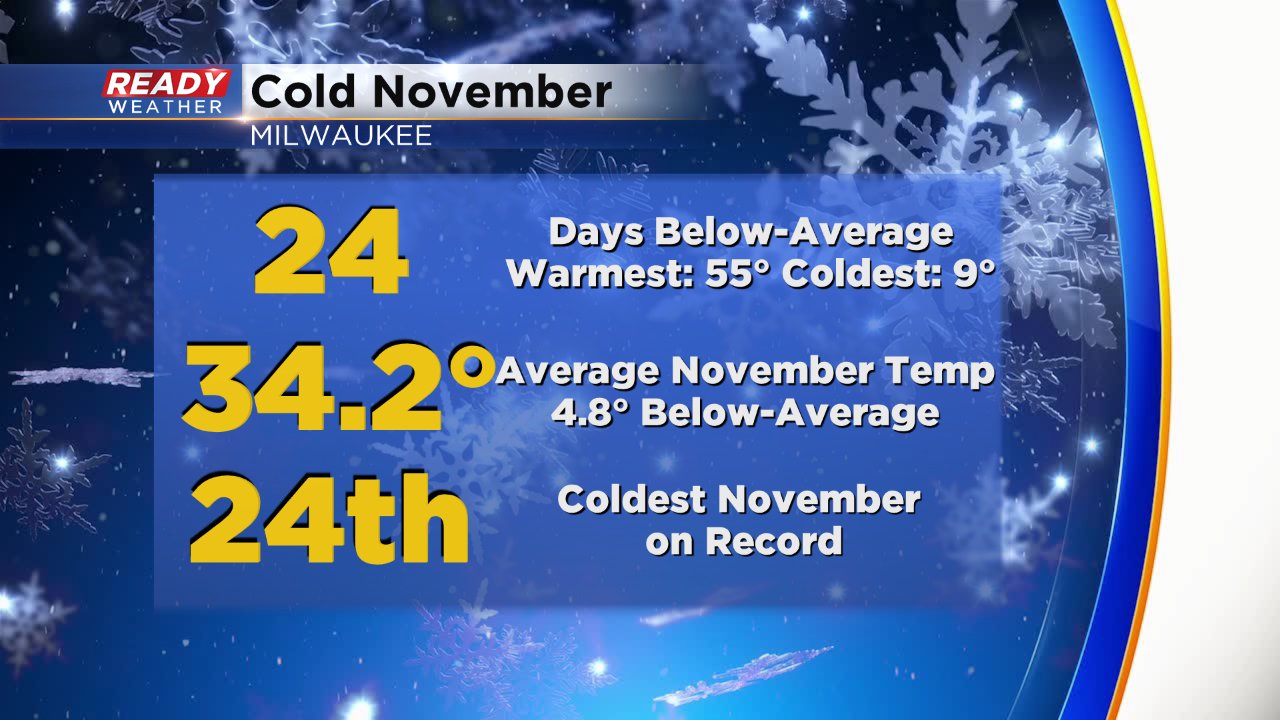 November started off super snowy but then calmed down for the second half of the month. The official monthly snow total of 7.3" is the 17th snowiest November on record and the snowiest in Milwaukee since 1995. 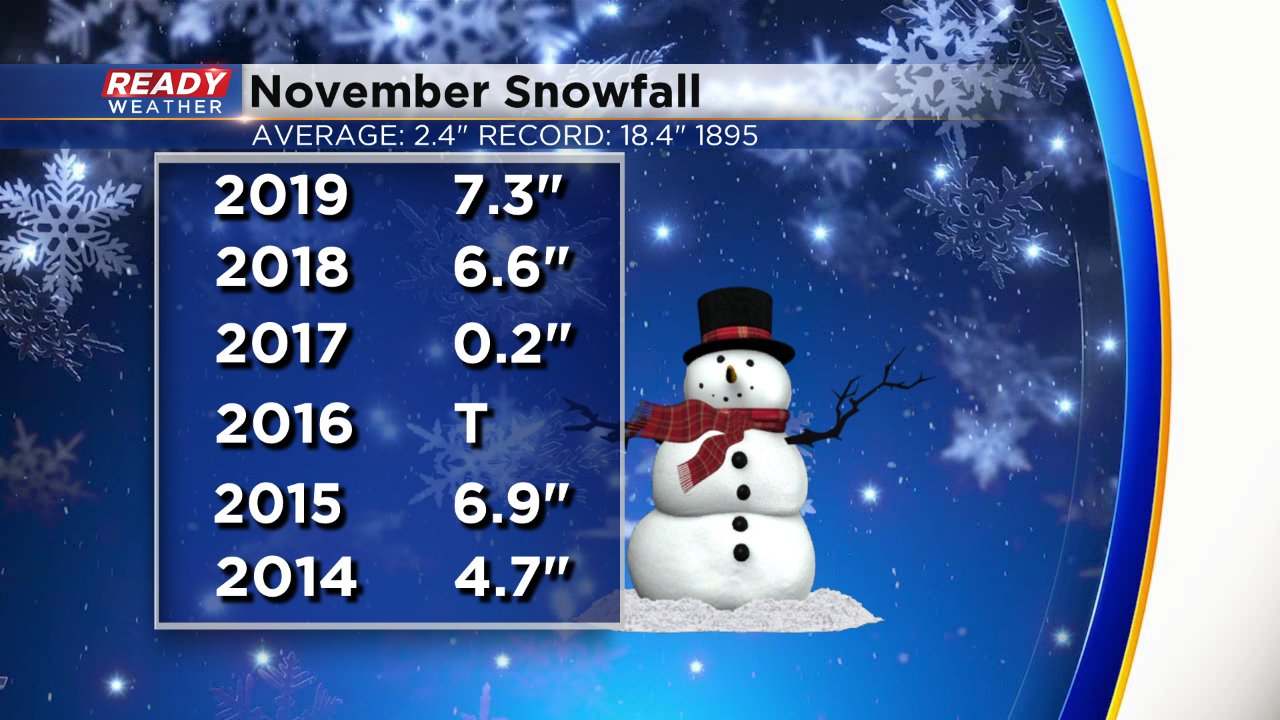 When you add on the snow we saw at the end of October our season snowfall total sits just under 14" which is well above last year and the average and the 8th snowiest start to the season on record. 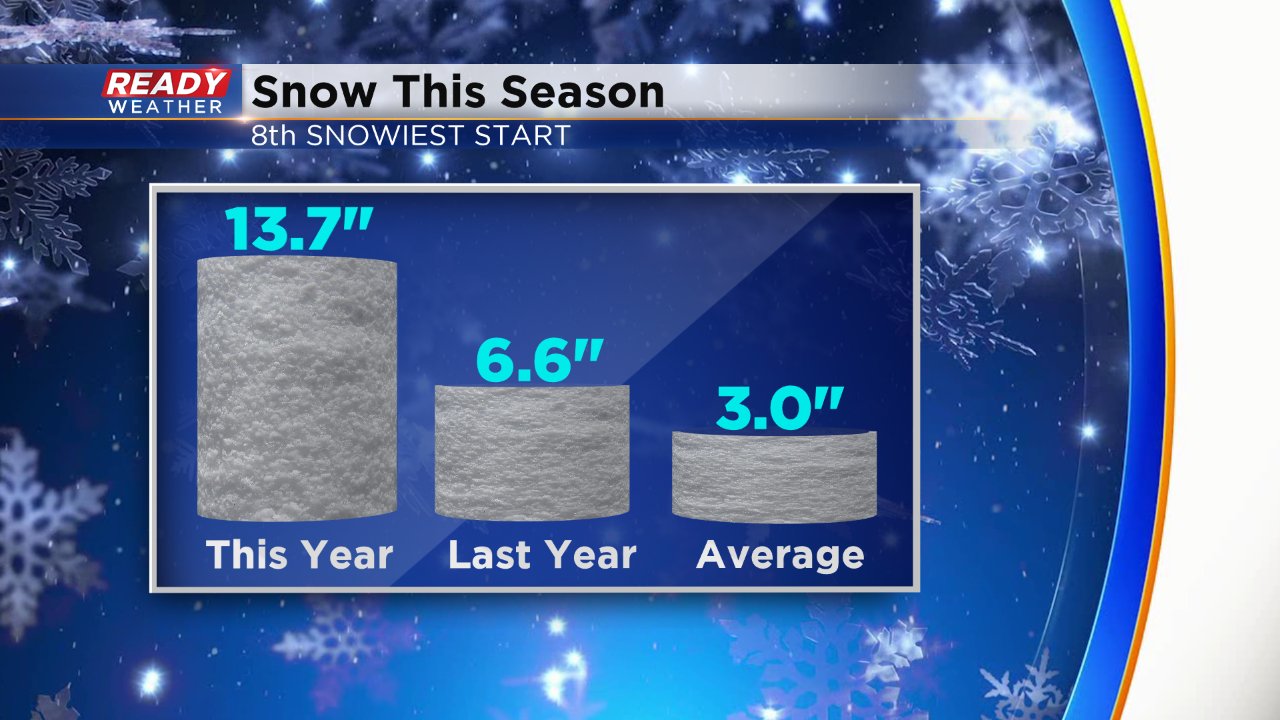 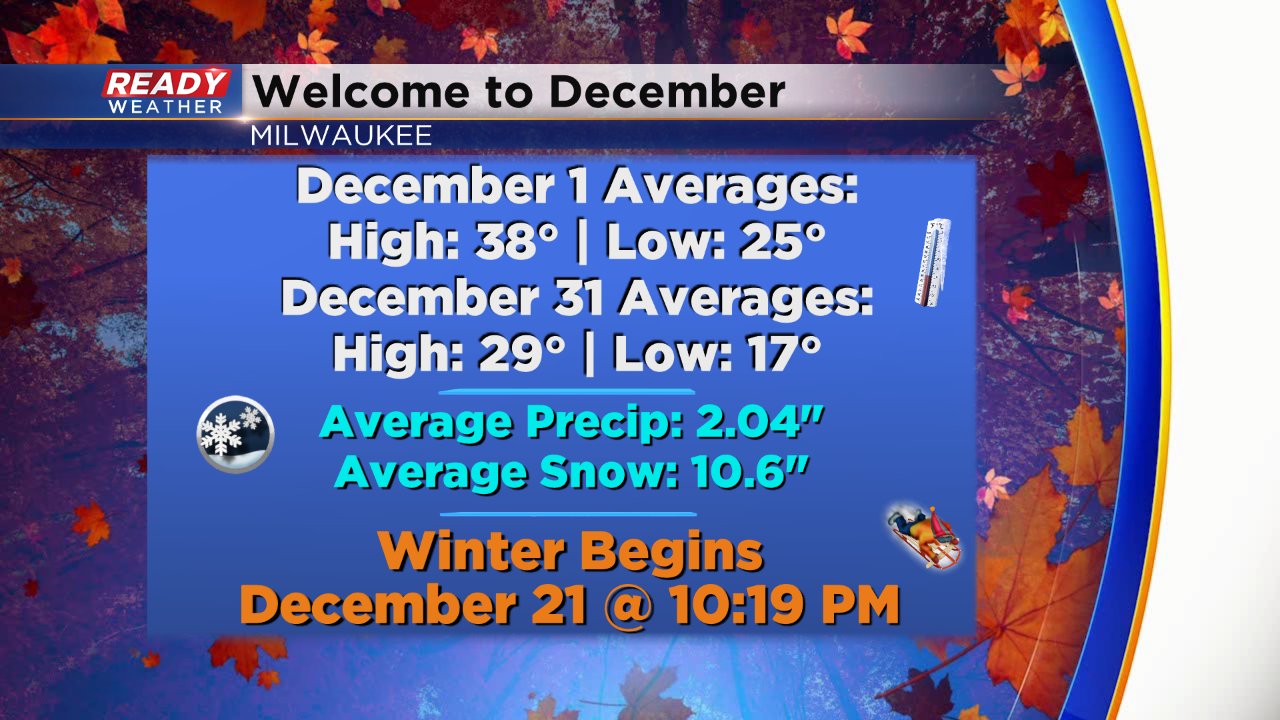 December definitely started out snowy across part of the state. Many of us saw a dusting of snow Sunday night but some of our northern spots across Fond du Lac and Sheboygan Counties picked up 1-3" of snow. Far northern Wisconsin got walloped with over 30" of snow in Bayfield County! 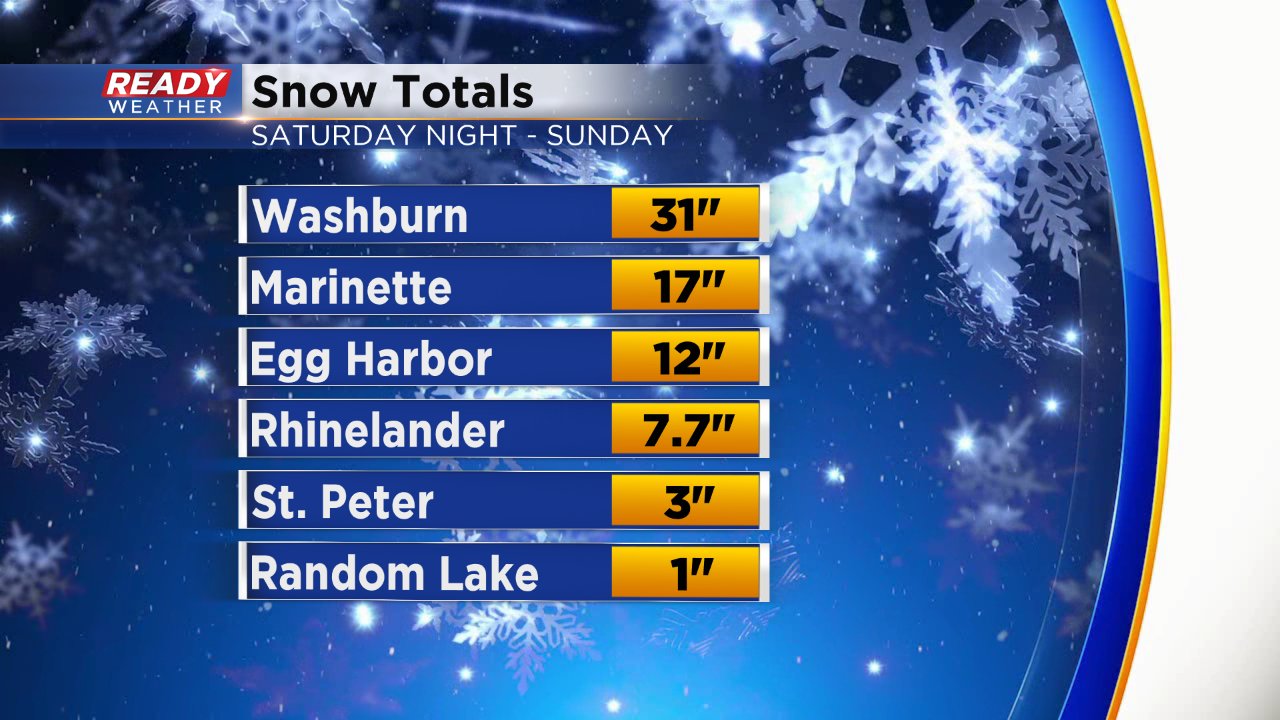 Download the CBS 58 Ready Weather App to see when our next chance for snow is.