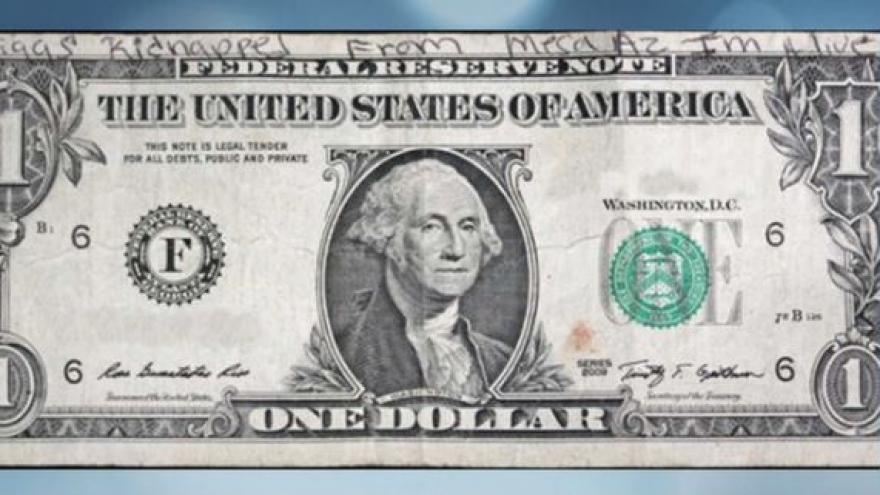 (WISC) -- Police are investigating a new tip on the 1999 disappearance of an Arizona child after a dollar bill was found in Wisconsin with a message claiming to be from the girl.

The bill was handed over to police last week in the Wisconsin town of Neenah, the Arizona Republic reported.

A message is written on the edges of the 2009 bill: "My name is Mikel (sic) Biggs kidnapped From Mesa AZ I'm Alive." The girl's name is misspelled in the note.

The message claims to be from Mikelle Biggs, who went missing in Mesa, Arizona, while waiting for an ice cream truck. Neenah Police Investigator Adam Streubel says the authenticity of the bill is questionable.

Streubel says it's virtually impossible to trace the bill.

Mesa Police Detective Steve Berry says they are looking into the evidence.