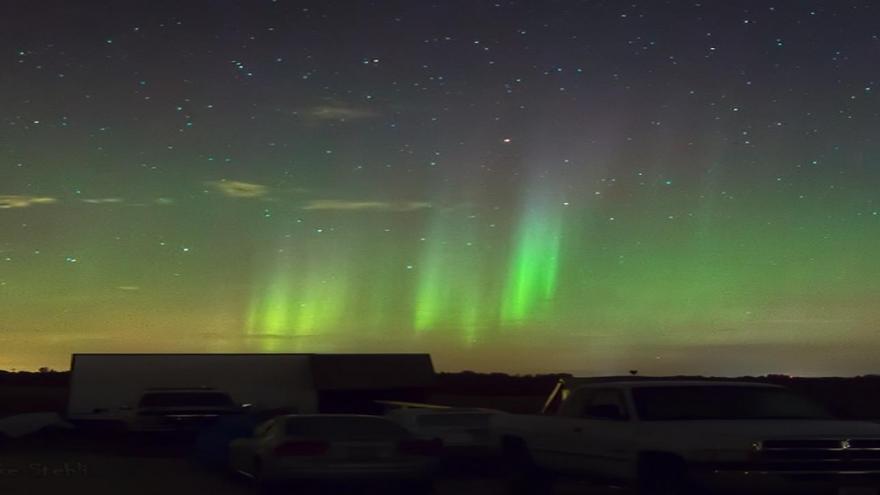 (CNN) A geomagnetic storm could bring a spectacular show to skies across the northern United States on Sunday night.

The Aurora Borealis phenomenon -- also known as the Northern Lights -- may be visible "as low as New York to Wisconsin to Washington State," according to NOAA's Space Weather Prediction Center.

Aurora Borealis happen when electrically charged electrons and protons in the Earth's magnetic field collide with neutral atoms in the upper atmosphere, turning into a stunning show of lights.

The phenomenon is named after Aurora, the Roman goddess of dawn.

NOAA said the best viewing times to catch the light show, clouds permitting, will be between 11 p.m. ET Sunday and 2 a.m. Monday, and again between 2 a.m. ET to 5 a.m.