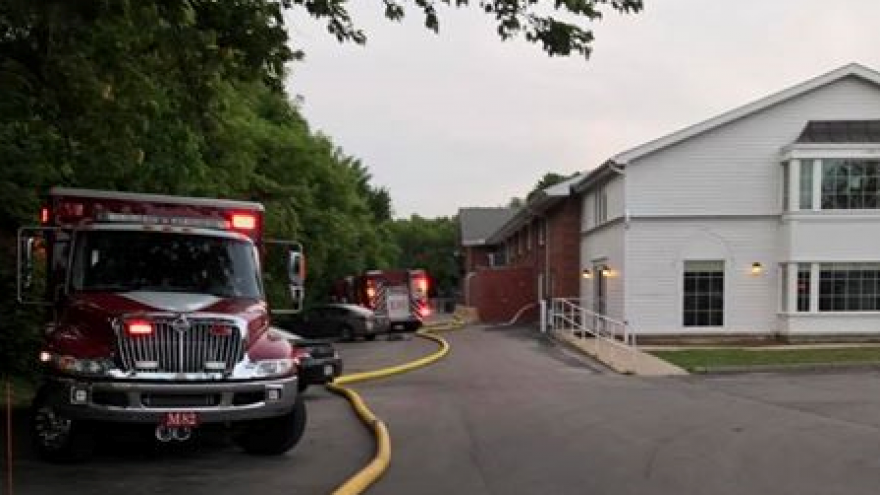 This evening at approximately 7:16pm, the Bayside Communications Center received a report from an alarm monitoring company of a fire alarm sounding at Dycora Transitional Living Center, 1616 W. Bender Rd. in Glendale.

Within seconds, a 911 call was received reporting a fire on the second floor of the facility. Fire and law enforcement units were dispatched immediately.

Glendale Police Officers were on routine patrol in the general area. Officers reported heavy smoke in one of the wings of the building on the second floor upon their arrival. The affected wing of the building was occupied by 16 patients. Facility staff and police began evacuating residents in the affected area. The first arriving fire company proceeded to the second floor of the facility and began searching for the location of the fire.

Additional arriving fire companies searched the facility for any fire/smoke victims and assisted in extinguishing the fire.

A fire was located that was contained to one room of the building. The fire sprinkler system had extinguished a majority of the fire. Firefighters completed extinguishment of the fire and began to remove smoke from the building. Additional paramedic units were called to the scene as a precaution based on the type of facility involved in the incident.

One patient of the facility was evaluated by paramedics but refused transport to the hospital.

Damage to the facility is still being assessed. The cause of the fire is under investigation.

Additional injuries to occupants and damage to the facility was prevented by the quick activation of the fire alarm and fire sprinkler system. While the size of the fire was small, the amount of smoke that is produced by a fire creates significant challenges for ensuring the safety of the occupants of buildings.

According to a release from the North Shore Fire Department, the importance of maintaining working fire alarm and sprinkler systems in buildings cannot be understated and was demonstrated in this incident.