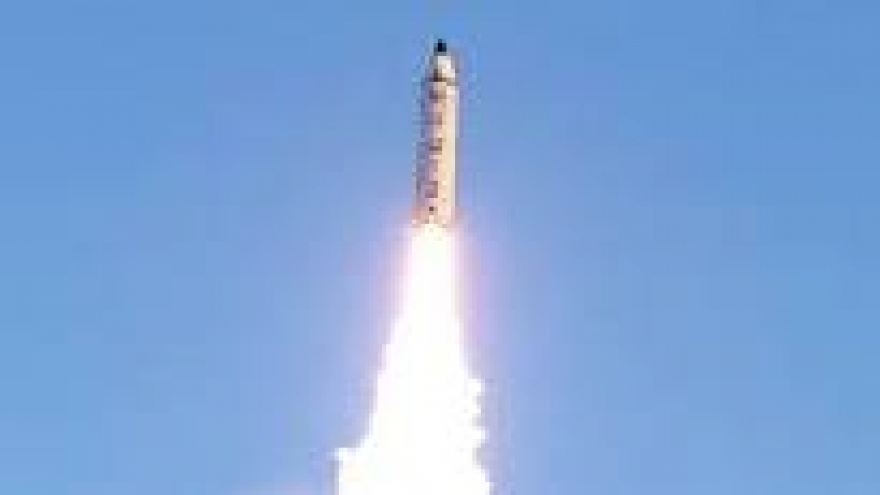 The missile was tracked for six minutes until it landed in the Sea of Japan, the U.S. Pacific Command said.

The White House said President Trump had been briefed on the launch.

This is the ninth missile test North Korea has conducted this year. Earlier this month, North Korea claimed it had launched a missile large enough to carry "a "large, heavy nuclear warhead."

Because of the increase in ballistic missile launches by North Korea, the U.S., Japan and South Korea have, in the past few weeks called urgent Security Council meetings twice, and the U.S. and China have been working on a new Resolution with tougher sanctions, CBS News' Pamela Falk reports.

The Pentagon announced on Friday that they will try to shoot down an intercontinental-range missile for the first time.

U.S. Defense Secretary Jim Mattis said on CBS' "Face the Nation" on Sunday that a war with North Korea would be "catastrophic."

"A conflict in North Korea, John, would be probably the worst kind of fighting in most people's lifetimes," Mattis said.