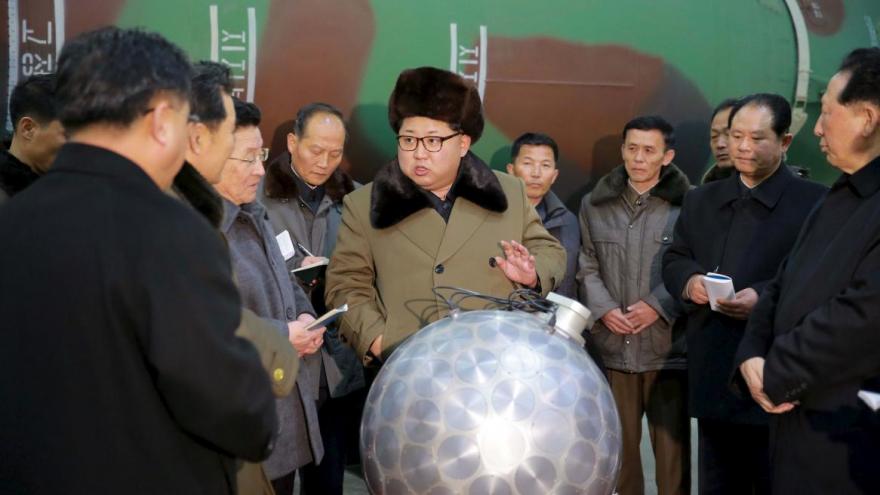 SEOUL, South Korea -- South Korean and Japanese officials said North Korea fired four banned ballistic missiles on Monday that flew about 620 miles, with three of them landing in Japan’s exclusive economic zone. The firing was an apparent reaction to huge military drills by Washington and Seoul that Pyongyang insists are an invasion rehearsal.

The U.S., however, only confirmed and tracked one missile, which traveled about 500 miles into the Sea of Japan, CBS News national security correspondent David Martin reports. The U.S. is still investigating reports of three other missiles. It could be that one broke up into parts that looked like three more, Martin adds.

The exact type of missile fired was not immediately clear. But it was not an intercontinental ballistic missile, Martin reports.

The incident will be viewed as a provocation by the Trump administration in Washington, which is working on its policy for North Korea.

A spokesperson for China’s foreign ministry, Geng Shuang, told reporters, “China opposes North Korea conducting the relevant launch activities in violation of the Security Council resolution. We also noted that the U.S. and South Korea are currently engaged in a large-scale joint military exercise that targets North Korea. Under the current circumstances, all sides concerned should be restrained and refrain from irritating each other or taking any actions that could escalate regional tensions.”

Kremlin spokesman Dmitry Peskov said on a conference call with reporters Monday, “Definitely, we are seriously worried - these are the sort of actions that lead to a rise in tension in the region and of course in this situation, traditionally, Moscow calls for restraint from all sides,” the Reuters news agency reports.

Pyongyang has staged a series of missile test-launches of various ranges in recent months, including a new intermediate-range missile in February; it also conducted two nuclear tests last year. The ramped-up tests come as leader Kim Jong Un pushes for a nuclear and missile program that can deter what he calls U.S. and South Korean hostility toward the North.There have been widespread worries that the North will conduct an ICBM test that, when perfected, could in theory reach the U.S. mainland. Washington would consider such a capability a major threat.

U.S. national security adviser H.R. McMaster and senior South Korean presidential official Kim Kwan-jin held a phone conversation after the missile firings. The two condemned the launches and agreed to boost cooperation to get the North to face more effective sanctions and pressure, according to South Korea’s presidential office.

Japanese officials said three of the four missiles landed in the 200-nautical-mile offshore area where Tokyo has sovereign rights for exploring and exploiting resources.

South Korea’s Joint Chiefs of Staff said in a statement that Monday’s launches were made from the Tongchang-ri area in North Pyongan province. The area is the home of the North’s Sohae rocket launch site where it has conducted prohibited long-range rocket launches in recent years.

The projectiles were launched shortly after 7:30 a.m., the Joint Chiefs of Staff said, according to South Korea’s Yonhap news agency.

“We are conducting an analysis on the projectiles to determine their type and other specifications,” the Joint Chief of Staff said, according to Yonhap. “It will take a while before we come up with a final analysis (based on U.S. satellite data).”Seoul and Washington call their military drills on the Korean Peninsula, which remains in a technical state of war because the 1950-53 Korean War ended with an armistice and not a peace treaty, defensive and routine.

The North hates the military drills, which run until late April and which analysts say force its impoverished military to respond with expensive deployments and drills of their own. An unidentified spokesman for the North’s General Staff of the Korean People’s Army said last week that Pyongyang’s reaction to the southern drills would be the toughest ever but didn’t elaborate

The United States has 28,500 troops stationed in South Korea, and 50,000 in Japan, as a deterrent against a potential aggression from the North.