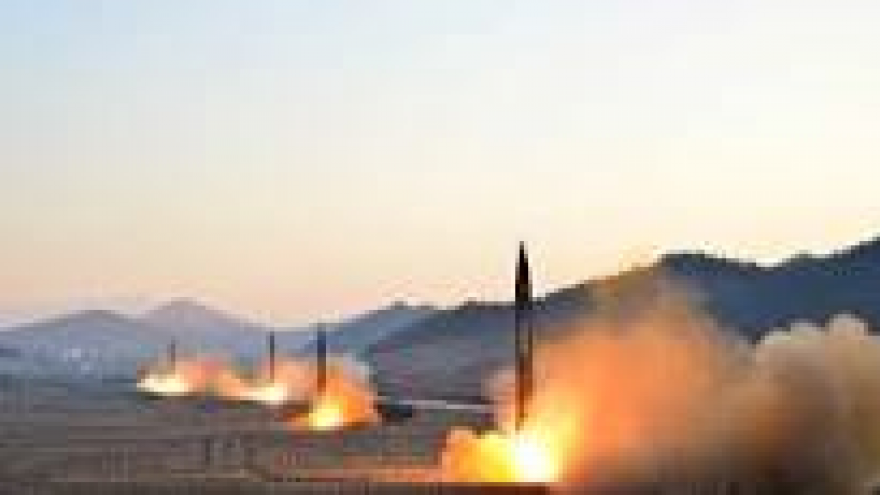 SEOUL, South Korea -- South Korea says North Korea has fired a ballistic missile into the waters off its east coast.

Seoul’s Joint Chiefs of Staff say in a statement that the missile fired from the North’s eastern coastal town of Sinpo on Wednesday morning flew about 37 miles. Initial assesments indicate it was KN-15 sub-launched missile launched at a naval base at Sinpo, although this test was conducted from the land, CBS News’ David Martin reports.

The missile landed in the Sea of Japan, the U.S. Pacific Command said in a statement.

The State Department issued a statement Tuesday night confirming the missile launch and saying “the United States has spoken enough about North Korea. We have no further comment.”

The firing was made as South Korean and U.S. troops were conducting annual military drills that the North views as an invasion rehearsal.

North Korea often responds to the drills with its own military training and harsh rhetoric.

Two weeks ago, the South Korean and U.S. militaries said they detected what they called a failed North Korean ballistic missile launch.