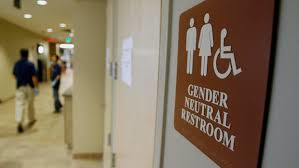 RALEIGH, N.C. -- A deal to undo the North Carolina law known as the “bathroom bill” fell apart Wednesday night when legislators couldn’t agree on a plan to the repeal the measure, a sign of the bitter political divide within the state.

A North Carolina Senate vote Wednesday night failed to repeal House Bill 2 after the main repeal and a “cooling off” period were put into separate votes, CBS affiliate WNCN reports.

The North Carolina General Assembly was called into a special session about nine months after they passed the law, which tarnished the state’s national image as major corporations decided to pull up stakes, entertainers canceled concerts and the NCAA and ACC moved sporting events away.

The wide-ranging law’s best-known provision required transgender people to use restrooms in many public buildings corresponding to the sex on their birth certificates. Opponents of the law called it discriminatory.

The special session was set in motion this week when Democratic Gov.-elect Roy Cooper successfully lobbied the Charlotte City Council to gut a local nondiscrimination ordinance that Republicans had blamed for necessitating the statewide law. For months, Republicans had said if Charlotte repealed its ordinance, the legislature would consider repealing HB2.

Republican Gov. Pat McCrory called a special session Wednesday, but the deal fell apart when the GOP added a six-month moratorium on cities passing nondiscrimination ordinances for LGBT people. That caused Democrats to back away, calling it only a partial repeal.

The sticking point was a measure in the Senate that would have barred from local governments from passing ordinances that expanded non-discrimination protections until next summer.

“I’m sorry. This was not the deal. The deal was Charlotte repeals fully and we repeal HB2 fully,” said Sen. Jeff Jackson of Mecklenburg County, CBS affiliate WNCN reports.

“The Charlotte City Council really showed their true colors by playing games with us for so long.  I think the sense from the majority was they could not be trusted,” said Sen. Buck Newton, a Republican of Wilson County.

“I think that had a lot to do with why it failed today,” Newton added.

Governor-elect Roy Cooper had a news conference after the General Assembly adjourned and blamed the “cooling off” measure for the reason repeal failed.

Human Rights Campaign President Chad Griffin says Republican lawmakers are the ones that have hurt LGBT people by failing to follow through on a deal to repeal the law.

Earlier in the afternoon, two openly LGBT members of the North Carolina House pleaded with their colleagues to repeal a state law limiting nondiscrimination protections before the General Assembly adjourned.

Republicans have defended the bathroom provisions as providing privacy and safety by keeping men out of women’s restrooms.

The law was also seen as a referendum on McCrory, who became its national face. He lost by about 10,000 votes while fellow Republicans U.S. Sen. Richard Burr and President-elect Donald Trump comfortably won the state. McCrory was the first sitting North Carolina governor elected to a four-year term to lose re-election.