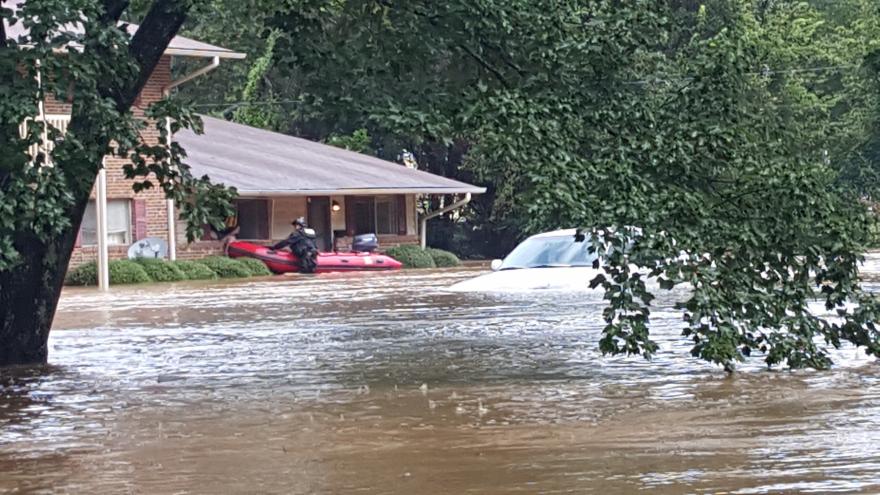 FAYETTEVILLE, N.C. (CBSNews) — The National Weather Service said Tuesday that Florence dumped more than 8 trillion gallons of water on North Carolina. More than 1,000 roads remain closed in the state, and flooding could get worse.

The Cape Fear River's steady rise continues. It's expected to crest at almost 62 feet, the second highest flood level ever. Officials are monitoring the bridge and could close it if water reaches the roadway.

But some of the state's infrastructure is holding. The brand new Hope Mills dam controls water from the lake. Had it failed, it would have sent water downstream, flooding homes and businesses.

Five days after Florence made landfall, more than a dozen rivers in the state have reached the stage of major flooding, with three more expected to peak in the next two days.

In Wilmington, many residents remain displaced and took advantage of relief distribution centers for supplies in the city that, for days, had been largely isolated.

Others are adjusting to the fifth day of flood waters. A motorboat was the only way for nurse Iris Locklear to get to work.

"I'll be glad when I can drive home, drive to the door," she said.

The city ended its nightly curfew, and the hope now is that Cape Fear's crest will come and go without major incident. Then the waters recede and Fayetteville continues a daunting recovery.