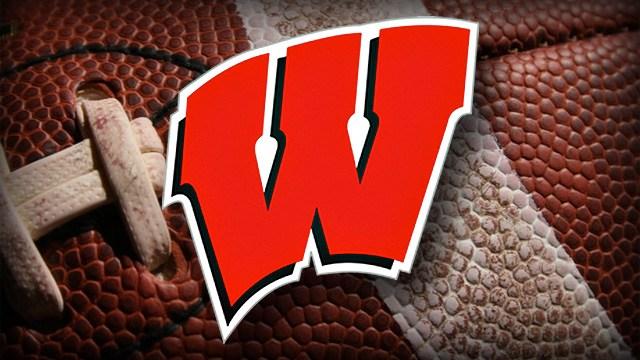 MADISON, Wis. (AP) -- Backup quarterback Alex Hornibrook led No. 9 Wisconsin to three scoring drives in the second half, helping the sluggish Badgers avert an embarrassing upset with a 23-17 win on Saturday over Georgia State.
Hornibrook took over for Bart Houston late in the third quarter with Wisconsin stuck in an offensive malaise. The freshman finished 8 of 12 for 122 yards, including a 1-yard touchdown pass to Kyle Penniston with 7:25 left to give the Badgers the lead for good, 20-17.
Wisconsin (3-0) heads into Big Ten play next week at No. 12 Michigan State with questions at quarterback. Houston, a senior making his third career start, was 10 of 18 for 91 yards.
Georgia State (0-3) played well after losing its first two games by a combined 79-35.
Conner Manning threw for a career-high 269 yards and a score. Kyler Neal's 9-yard touchdown run with 11:36 left gave the Panthers a brief lead before the Badgers defense reasserted itself.
THE TAKEAWAY
GEORGIA STATE: The Panthers can build on a respectable effort against a Big Ten power after losing to Ball State and Air Force in its first two games. With two of Wisconsin's top running backs hurt, a defense that was allowing an FBS-worst 394.5 yards rushing per game gave up just 187 on Saturday. On offense, coach Trent Miles' team softened up Wisconsin's rough-and-tumble defense with quick and short passes over the middle.
WISCONSIN: The Badgers need to work on their offense inside the 30 after having to settle for two field goals on two first-quarter drives. They came away scoreless on two other drives after losing a fumble near the goal line and missing a 30-yard field goal at the end of the first half. Starting tight end Troy Fumagalli and running back Taiwan Deal both left with right leg injuries after Wisconsin's first drive, and the team was already without top running back Corey Clement, who sat after rolling his left ankle in the 54-10 win over Akron on Sept. 10.
UP NEXT
GEORGIA STATE: After a bye next week, the Panthers wrap up a three-game road swing with a trip to Sun Belt Conference favorite Appalachian State on Oct. 1.
WISCONSIN: The two-week honeymoon period is over in an otherwise brutal schedule. The trip to play the Spartans starts a four-game stretch against AP Top 25 opponents.