No. 6 Badgers jumped by Oklahoma in AP Poll 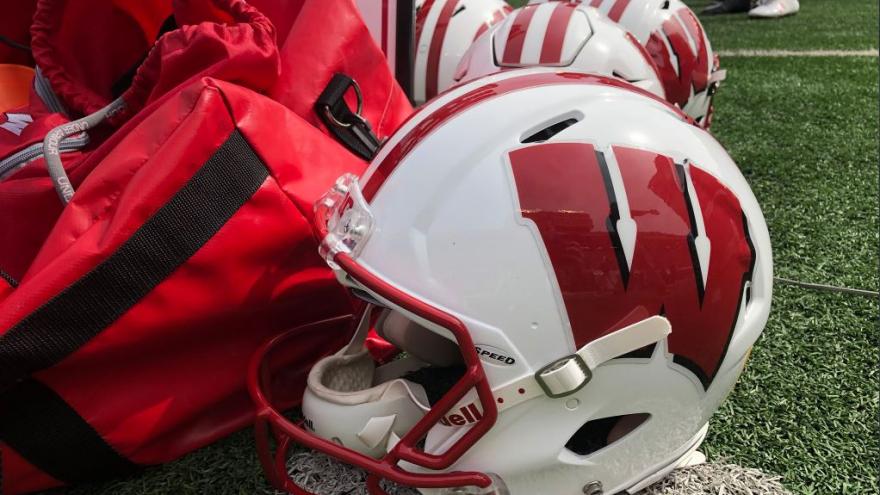 Alabama is No. 1 at being No. 1 in The Associated Press college football poll.

The Crimson Tide made its 106th overall appearance at the top of the AP rankings, which started in 1936, passing Ohio State for the most by any school.

Alabama received a season-high 54 first-place votes from the media panel in the Top 25 released Sunday , strengthening its hold on No. 1 over No. 2 Clemson. The Tigers, who started the season with 18 first-place votes, are down to six after hanging on for 28-26 victory at Texas A&M on Saturday night.

No. 3 Georgia and No. 4 Ohio State held their spots and Oklahoma moved to No. 5, edging past No. 6 Wisconsin. The Badgers received a first-place vote.

On Nov. 2, 2008, the day after beating Arkansas State, Alabama rose to No. 1 in the AP poll for the first time under coach Nick Saban. The Crimson Tide had not reached No. 1 in 16 years since winning the national championship in 1992.

Saban's Alabama team has been No. 1 for at least part of every season since 2008, and 75 times overall. The Crimson Tide's No. 1 appearances under Saban would rank sixth on the all-time list.

Coincidentally, the day after beating Arkansas State, Alabama broke the record for No. 1 appearances.

Most appearances at No. 1:

No. 23 Arizona State is in the rankings for the first time since the 2015 preseason poll after the Sun Devils beat Michigan State 16-13 on a last-second field goal. It is the first regular season ranking for the Sun Devils since 2014 and the first under new coach Herm Edwards.

— No. 24 Oklahoma State is ranked for the first time this season after beating South Alabama 55-13.

Two Southeastern Conference teams dropped out after brief stays in the Top 25.

— No. 25 Florida is also out after a one-week stay, losing to Kentucky to snap a 31-game winning streak to the Wildcats.

Both Florida and Florida State are out of the rankings after splitting their first two games of the season. No. 21 Miami (1-1) is hanging on at No. 21, making No. 18 Central Florida the highest ranked team in the Sunshine State for the second straight week.

This was also the case in the final two polls of last season, when UCF finished undefeated and ranked No. 6. Miami was next best at 13th and neither Florida nor Florida State was ranked, though UCF's American Athletic Conference rival South Florida was No. 21.

So this is becoming a regular occurrence after being a rarity for a long time. The last time a Florida school outside the Big Three was the highest ranked in the AP Top 25 was Sept. 28, 2008, when USF was No. 10, Florida was 12th and the rest were unranked.

No. 4 Ohio State vs. No. 15 TCU at Arlington, Texas. The Buckeyes last game without suspended coach Urban Meyer on the sideline.

No. 17 Boise State a No. 24 Oklahoma State. The Cowboys get ranked just in time for their big nonconference game against the Broncos.