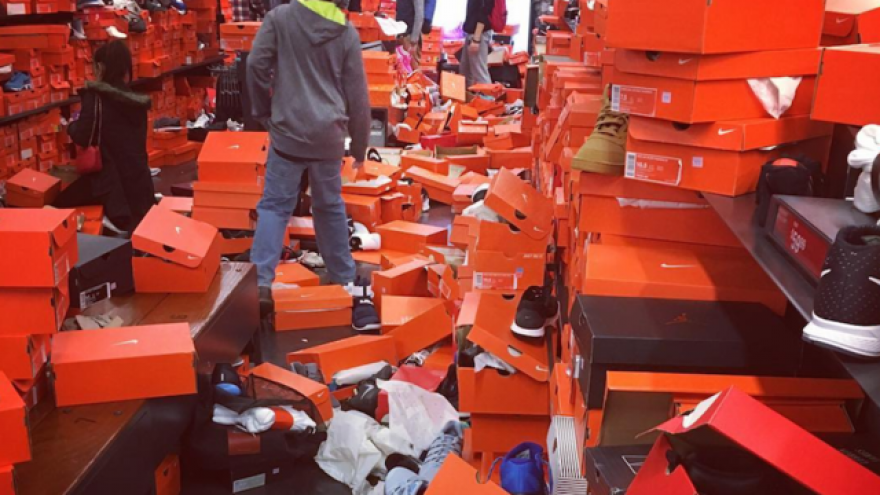 (CBSNews) — Nike wants to up its game.

The sneaker maker said Thursday that it plans to focus on the hottest-selling sneakers, slash the number of styles it offers and sell more shoes directly to customers online as part of a restructuring in which it also will cut about 1,400 jobs.

Nike (NKE) said the moves will help it offer products to customers faster as it is facing increasing competition from smaller brands and premium labels. Another problem: The running and basketball shoes Nike is famous for may be outdated.

"Nike missed the fashion shift away from performance basketball to retro," said Matt Powell, the sports industry analyst at NPD. "They still have not caught up."

Adidas, whose casual Stan Smith shoes have become popular again, has made a push to increase sales in the U.S. The German company said last month that first-quarter revenue in North America jumped 31 percent from a year before. And on the high end, Neiman Marcus noted to investors last week that sneakers, with an average retail price of $360 per pair, have become a significant business as shoppers focus on a more casual lifestyle.

"The increase in speed of innovation and delivery is a direct response to the expectations of today's consumers," analysts at Susquehana Financial Group said in a note about Nike's moves.

Nike, known for its swoosh logo, will also make its sneaker-selling apps available in more countries at a time when online sales mean many big retailers and department stores are closing stores.

"We're getting even more aggressive in the digital marketplace," said CEO Mark Parker.

Nike said a main focus will be the 12 key cities in 10 countries that it expects to represent more than 80 percent of its projected growth through 2020. Those cities are New York, Los Angeles, London, Paris, Milan, Mexico City, Tokyo, Seoul, Shanghai and Beijing.

"It appears to us that everything Nike is working on is a brand-first story. If the initiatives don't help the Nike brand, they do not happen," the Susquehana analysts said.

They said customers will barely notice the decrease in styles given the breadth of options Nike offers.

But the shake-up, announced two weeks before Nike releases its financial results for the most recent quarter, seemed to make investors nervous. Its stock fell 3 percent to $52.90 on Thursday.

Christopher Svezia, a footwear and apparel analyst at Wedbush, said that when companies announce jobs cuts and restructuring ahead of earnings reports, it doesn't typically bode well for how business is going. "We'll learn more in two weeks," he said.

Nike Inc., which is based in Beaverton, Oregon, said the layoffs represent about 2 percent of its 70,000 employees around the world. It declined to provide additional details about the cuts. The Susquehana analysts said they believed the jobs cuts are likely eliminating redundant back-office positions as a result of a consolidation of reporting segments.