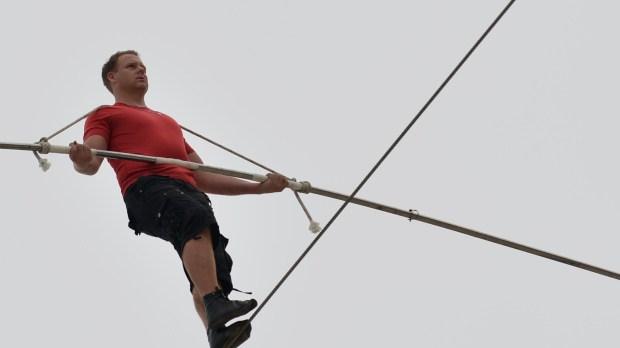 The Wisconsin State Fair has announced daredevil Nik Wallenda will attempt his longest tightrope walk ever in Wisconsin this summer. Wallenda will traverse a 1,560 feet long wire placed ten stories above the Milwaukee Mile on August 11th.

As a member of the famous Flying Wallendas, founded by his grandfather Karl Wallenda in the 1920s, Wallenda is no stranger to death-defying stunts. He walked across a wire 1,500 feet above a river in Arizona in June 2013, becoming the first person to cross the gorge near Grand Canyon National Park in Arizona on a tightrope. Last year, Wallenda made headlines when he performed a tightrope walk between two skyscrapers 600 feet above downtown Chicago, partly blindfolded.