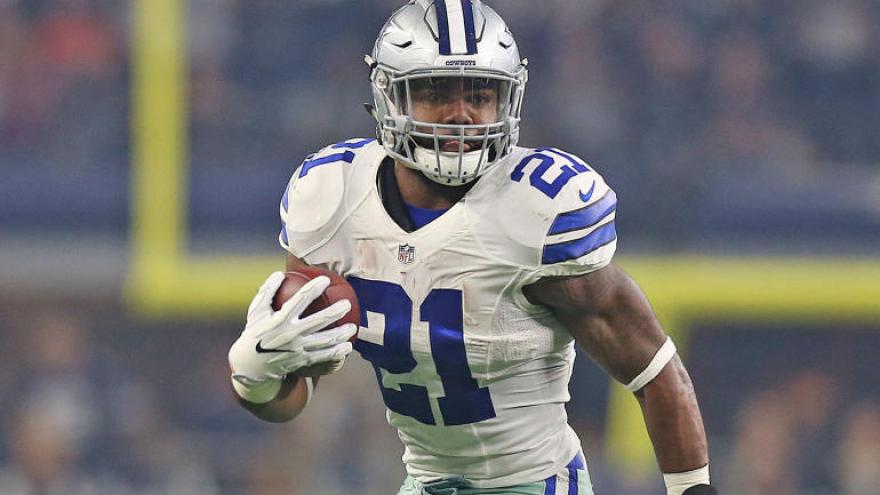 The Dallas Cowboys had a rough loss to the Green Bay Packers on Sunday, but it might not be as big as the one they just took in the Fifth Circuit U.S. Court of Appeals on Thursday.

The federal appeals court has vacated the preliminary injunction that Ezekiel Elliottwas granted in Texas in a move that now paves the way for Elliott to start serving his six-game suspension. Elliott could still avoid the suspension for now if the NFLPA files for a temporary restraining order in the Southern District of New York and the court grants their request.

The NFL released the following statement after the decision was handed down, reinstating Elliott's six-game suspension:

"Earlier today, the Fifth Circuit Court of Appeals vacated the preliminary injunction that prohibited the league from imposing the six-game suspension issued to Ezekiel Elliott for a violation of the Personal Conduct Policy. The Court also directed the district court to dismiss the union's lawsuit which was filed on Elliott's behalf. As a result, Elliott's suspension will begin effective immediately. Elliott is eligible to return to the team on Friday, November 24 following the Cowboys' Thursday, November 23 game against the Los Angeles Chargers."

Frank Salzano, Elliott's lawyer, said that his legal team will use the next few days to decide the best course of action is for the Cowboys running back.

"We are currently exploring all of our legal options and will make a decision as to what is the best course of action in the next few days," Salzano said in a statement. "Until that time we have no further comment on the 5th circuit's decision."

The good news for the Cowboys is that they have a bye this week, which will give Elliott and the NFLPA some extra time to appeal the Fifth Circuit's ruling. If the NFLPA can't get the suspension overturned in court, then Elliott would miss his first game on Oct. 22, a Week 7 game against the 49ers, and wouldn't be able to return to the team until Nov. 24.

The Fifth Circuit, which ruled against Elliott in a 2-1 decision, believed that the NFLPA filed its case too soon when they originally took the Elliott case to a Texas court in September, according to the Dallas Morning News.

Elliott has been allowed to play so far this season because U.S. District Judge Amos Mazzant handed down a preliminary injunction in his Texas courtroom on Sept. 9 that prevented the NFL from suspending Elliott until his case made its way through the court system.

After Mazzant made his decision, the NFL quickly filed to have it overturned, but that didn't happen. In a ruling issued Sept. 22, Mazzant denied the NFL's motion for an emergency stay of his preliminary injunction.

After Mazzant denied the NFL's emergency stay, the league took its legal case to the Fifth Circuit. The federal appeals court heard oral arguments from both sides on Oct. 2, and ended court that day without handing down a ruling. The NFL was asking the Fifth Circuit for a stay that would overturn Mazzant's injunction, and that's what the court granted on Thursday.

Today 77° Times of sun and clouds