Reports: Rodgers plans to play for Packers this season; Adams open to negotiation 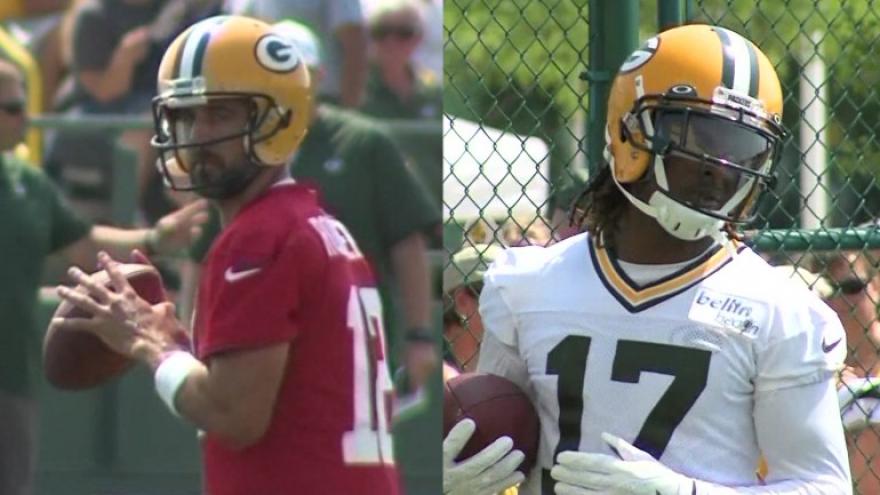 #Packers QB Aaron Rodgers has indicated to people close to him that he does plan to play for GB this season, sources say. That is the expectation. Many factors at play, but with GM Brian Gutekunst saying he is “hopeful” for a positive outcome, there is a glimmer of optimism.

With Rodgers likely coming back to Green Bay ESPN is reporting his contract will be changed. The last year in his contract (the 2023 season) would be voided and the team would agree to review his situation at the end of this year.

ESPN is also reporting that with the changes the Packers would have more salary cap space and star wide receiver Davante Adams is once again open to contract negotiations.

With Aaron Rodgers expected to return to Green Bay while giving the Packers more cap room, Davante Adams now is willing to listen to any contract discussions the team would like to have, per sources. Adams open to a deal.

Rodgers, Adams and the rest of the Packers' veteran players are scheduled to report to training camp Tuesday, July 27 with the team's practices starting the next day. If the MVP quarterback does not report he will be fined $50,000 for every day that he misses.

Rodgers has not reported to any of the team's offseason workouts or minicamps so far this year, but has not publically asked for a trade either.

The future Hall of Fame QB led the NFL in touchdown passes, completion percentage and QB rating last season on his way to a third MVP award and another trip to the NFC Championship Game.