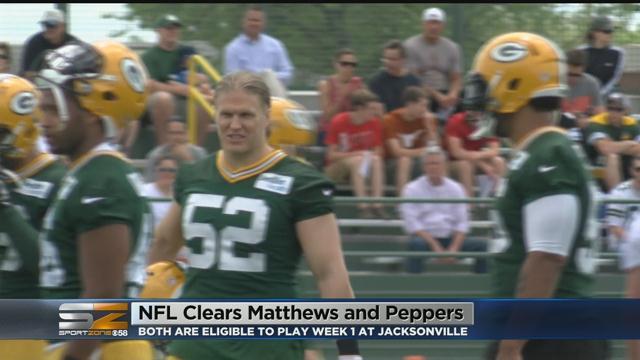 The NFL has cleared Clay Matthews and Julius Peppers.

For the last eight months, Matthews and Peppers have denied any speculation that they took performance enhancing drugs.

After a long investigation, the NFL agrees.

The league cleared both Packers linebackers saying they found no credible evidence that Matthews or Peppers were given or used PED's.

It was just last week that Matthews and Peppers agreed to interviews in response to an Al Jazeera report on performance enhancing drugs.

Both Matthews and Peppers are eligible to play week one in Jacksonville, and will not face suspension.