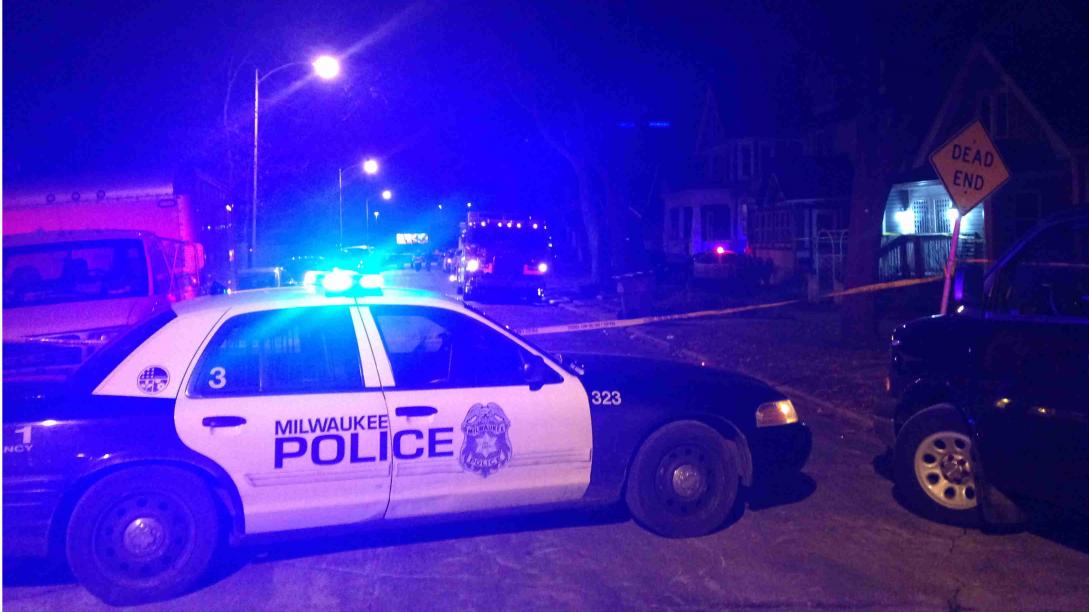 Milwaukee Police responded to the area just after 4 a.m., they found the two men and saw they had gunshot wounds.  It appears they died from those wounds.

Police say the car was stolen from Milwaukee's south side over the weekend.  Investigators are working to identify the victims, who are believed to be young adults.

People living in the area say it can be noisy because of I-94.  The street overlooks I-94.

\"This is a lot different...nothing like this has ever happened before,\" Kreg White, who lives on the street, said. \"We see a lot of parked cars here. We had a lot of abandoned cars in the past. We drive up because we don't have a garage so we drive up and cars all of a sudden just leave.\"

Milwaukee Police are working with the Milwaukee County Medical Examiner to identify the two victims. No arrests have been made.