No officers were injured.

Milwaukee Police say they were investigating an attempted armed robbery at a business near 15th and W. Lincoln Avenue around 7:40 Tuesday night. Officers with District 2 say they saw a vehicle believed to be involved and tried to pull over the car. The car fled and crashed at 9th and Cleveland.

Authorities say the suspect fired several shots at officers as he ran away from the crash. The officers both returned fire.

The suspect is not believed to be injured and police are continuing to search the area for him. Police say he is a 32-year-old convicted felon with open felony cases. Police say two guns were also recovered at the scene.

MILWAUKEE (CBS 58) – There is a heavy police presence at a scene near 9th and Cleveland.

Details are limited at this time. We're told investigators are expected to make a statement shortly.

Stay with CBS 58 for the latest in this developing story. 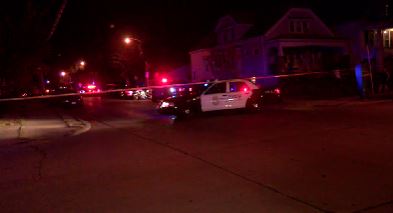