'Part of my dream:' Newly naturalized US citizen casts vote for very 1st time in Milwaukee 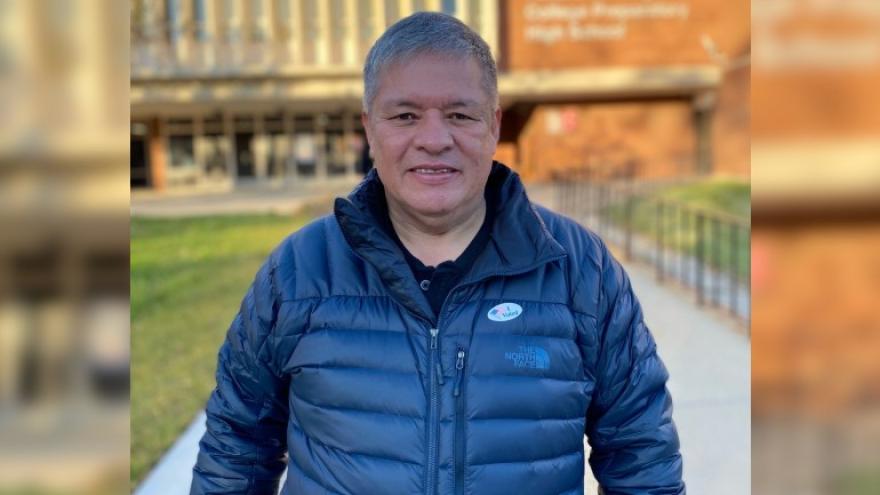 MILWAUKEE, WI (CBS 58) – Many Americans are heading to the polls on Tuesday, Nov. 3, and some for the very first time.

CBS 58 spoke with a first-time voter who not only shares his feeling but also the reasons behind his vote.

Rodriguez says going to a poll was not only historic for him, but part of his American dream.

“I’m excited,” says Rodriguez. “I was excited this morning because it’s my first time to vote for a president and today I decide what happens for my life.”

Rodriguez is a two-time cancer survivor. He relies on Obamacare for his routing check-ups and fears what it’s removal could mean for his health. His son also relies on treatment through the Affordable Care Act for his muscular dystrophy.

“Yes, I vote for my family, for my community, for everything,” says Rodriguez.

Nancy Flores with the National Partnership for New Americans, a nonpartisan group, says stories like these are not only echoed locally but nationally as well.

“We know that naturalized citizens are not only a monolithic group,” says Flores. “We know that they are diverse in very many aspects including political views. Three million people that were not able to vote in 2016 are now voting this year by in large.”

Rodriguez being part of that three million who had a chance to have his voice heard on election day.

“I’m excited this morning,” says German. “It’s part of my dream. The people should keep their dream because a future is coming. Yeah, it’s step by step. I’m happy for my citizenship now.”

Rodriguez says he will be closely following the results and says regardless of the outcome, he’s proud to feel like he finally belongs.