Newest royal dog isn't a corgi it's a rescue beagle 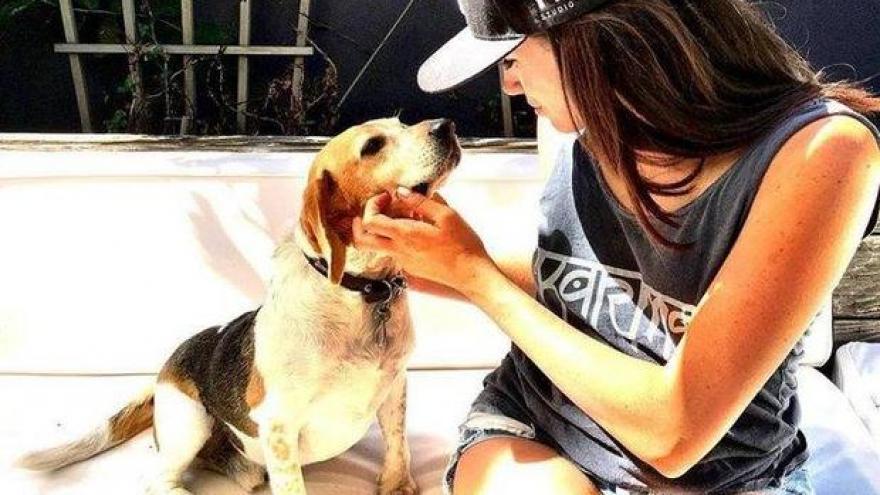 (CBS News) -- It's official: When Meghan Markle married into the royal family on Saturday, so did her rescue beagle, Guy. And the pup's story -- truly a "tail" of rags to riches -- is one for the ages.

At 3 years old, Guy was found wandering alone in the woods and taken to a high-kill shelter in Kentucky. When no one came to claim him, it appeared he might soon be put down. That's when A Dog's Dream Rescue -- a nonprofit organization that specializes in rescuing beagles in Kentucky and Ohio -- swooped in to save him and ushered the little guy off to an adoption event at an Ontario pet store. The very next weekend, he captured the heart of "Suits" actress Meghan Markle.

From that fateful day in 2015 when she brought him home to the day the palace made her take down her Instagram, Guy made frequent and adorable appearances on the star's social media accounts.

The pair -- along with Markle's other rescue dog, a shepherd mix named Bogart -- were pictured cozying up on Markle's couch and  gazing lovingly at each other outside on a summer day. The future Duchess of Sussex even posted an Instagram of the two spooning in her bed.

Flash forward to May 19, 2018, the day of the much-anticipated royal wedding of Prince Harry and Meghan Markle. A very regal-looking beagle was spotted riding in the backseat of a hunter green Range Rover en route to Windsor Castle with none other than Queen Elizabeth II herself.

If indeed that was Guy, as most people believe it was, the footage provides an almost unbelievable bookend to the American rescue dog's fairytale. He may not be a descendent of Queen Elizabeth II's eight-decade Pembroke Welsh corgi dynasty, but as the monarch mourns the loss of her last corgi, 14-year-old Willow, who died in April, she just may turn to the newlywed couple's pup -- a well-documented pro at cuddling -- for a little comfort. And what could be a more storybook ending than that?