New York executive describes for jury how she killed her son 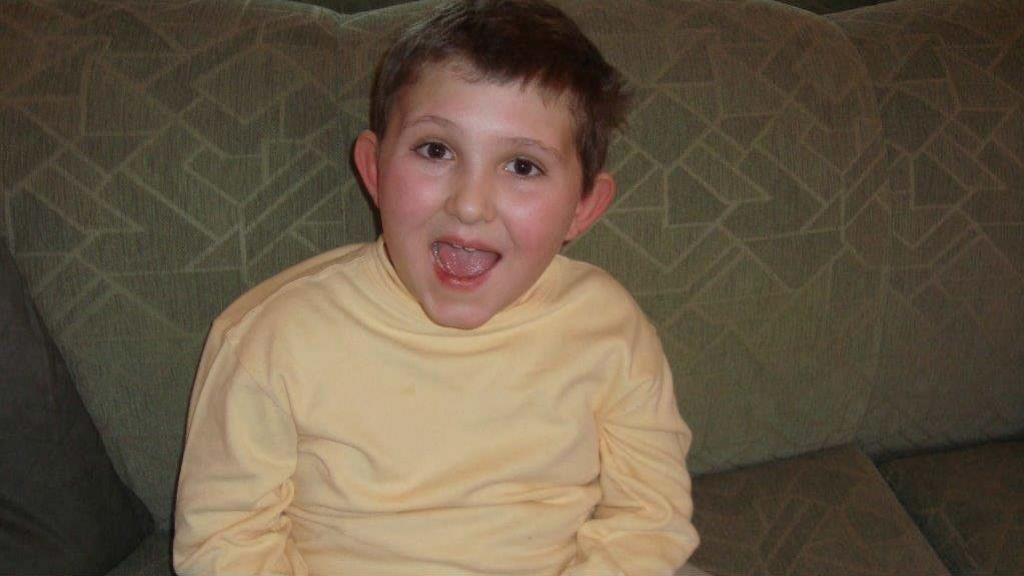 Former pharmaceutical executive Gigi Jordan at first appeared calm as she described for a New York jury the last time she saw her son alive, those now-fuzzy final moments before she gave the 8-year-old autistic boy a lethal drug concoction. She ordered him food. She may have put on a movie for him.

Little Jude Mirra's vocabulary was limited. He typed on a BlackBerry to communicate with her.

\"We were typing throughout some period of time. We were saying goodbye to each other,\" Jordan told the Manhattan jury on Thursday during her second-degree murder trial. She began to cry.

\"Which drugs did you give him more of?\" defense lawyer Allan Brenner asked.

\"A lot more of the Ambien,\" she said. \"I gave him more Xanax, but the Ambien is the one I gave him the most of. I gave him Hydrocodone which were large. I was drinking a vodka orange and there was a little left. I broke up the pill and put it into the juice mixed with vodka.\"

The chilling details came during Jordan's second day on the stand.

The defense team is trying to convince the jury that Jordan was a desperate mother ultimately driven to kill Jude because she felt caught between her two ex-husbands. One ex-husband had allegedly threatened to kill her, a crime that would have left Jude with her other ex, his biological father, who she believed had sexually abused the boy.

The prosecution has sought to show the jury that the February 2010 killing was premeditated and that Jordan expected to survive.

On the stand Thursday, Jordan, a former nurse who made millions in a home heath care company, portrayed her actions as a sort of mercy killing. Her ex-husband was threatening to kill her. \"You're a dead woman,\" she claimed he told her.

\"I made the decision I was going to end my life and Jude's life,\" she recalled, placing her hand over her mouth.

She said she checked into the luxury Peninsula Hotel in Manhattan.

\"Tell us about your state of mind as you crossed the threshold into the hotel?\" her lawyer asked.

\"Numb,\" she responded. \"Defeated. I felt like it was over. Like it was done. There was nothing else I could do.\"

Jude and Jordan spent about six hours in the room before she gave him the pills. She said she had the boy wash down the concoction with orange juice and vodka. Jude was knocked out in 15 minutes.

\"Were you able to ascertain if Jude was asleep or in a coma?\" Brenner asked.

Her son breathed rapidly at one point and then stopped.

\"I had a big surge of adrenaline,\" she said. \"My heart started pounding. I grabbed him off the bed and put him on the floor. I was crying and started calling Jude! Jude! Jude! and started doing CPR. I titled his head back, grabbed his nose, gave him two breaths, then gave him 15 compressions. I maybe did this 20 times.\"

When Brenner asked why she attempted to revive her son, the judge adjourned the proceedings for the night.

On Wednesday, Jordan, fighting back tears, testified that she knowingly gave herself and Jude enough drugs to kill them both.

When her trial opened last month, Jordan showed no emotion as a prosecutor described to a jury a \"chilling and horrifying scenario\" in which Jordan allegedly forced the boy to swallow the deadly cocktail. Bruises on the boy's nose, chin and chest indicated that she got on top of him and pressed the poisonous mix of painkillers and anti-inflammatories down his throat with a syringe, the prosecutor alleged.

Looking gaunt and pale, Jordan denied that scenario on the stand Wednesday.

\"Did you climb on top of Jude and grab his jaw and forcibly put liquid drugs down his throat,\" Brenner asked.

\"Did you knowingly give Jude and yourself enough drugs to kill yourself and him?\"

\"Yes,\" she responded, tears welling in her eyes.

Asked about a history of suicide in her family, Jordan said an aunt killed herself when Jordan was 12 and her mother tried three times.

On Wednesday, Jordan also suggested that the boy was physically and sexually abused not only by his biological father but also by others, including the woman who took Jude to school. She testified that the boy was assaulted by \"a good number of people.\"

She testified that one night Jude started screaming, according to Jordan: \" 'Dad bad. Dad bad. Dad bad.' Jude was never able to articulate the word and not clearly like he was screaming at the top of his lungs.\"

Jordan testified that she held her son as Jude gestured at his crotch. He pulled Jordan in front of him and whispered, \"Dad, butt. Finger, Finger.' He also kept saying dad, and it was clear he was talking about his dad,\" she told the jury.

She testified that the boy had been forced to eat feces and do other \"gruesome and horrible\" things by his biological father.

The boy's father has denied the allegations and has never been charged, CNN affiliate WCBS reported.

In court, no one has disputed the unthinkable manner in which little Jude spent his final hours on February 5, 2010. Police found his cold body after they were dispatched to the hotel. The call to police came after a relative of Jordan was unable to reach her.

At an autopsy, four of the painkillers and anti-inflammatories used to kill Jude were recovered undigested from his stomach, prosecutors said.

\"His fate was sealed,\" assistant district attorney Matt Bogdanos said in opening statements. \"He didn't die fast. One by one, his vital organs shut down. It didn't take minutes. It took hours to die.\"

While Jude lay dying, Bogdanos said, Jordan sent an email to a financial adviser instructing him to transfer the $125,000 trust she set up for her son to her personal account.

Brenner said Jordan, believing she was ultimately protecting her son, brought the drugs to the hotel room with the intention of killing them both, but she survived the suicide attempt.

Bogdanos said Jordan \"went to the bank, she transferred $8 million from savings to checking. She checked in (at the hotel) without a reservation and paid cash.\"

On the stand, Jordan said she planned on giving the money to charity before taking her life.

The exact time of the boy's death could not be determined, but Jude's body temperature was 80 degrees, suggesting that when police arrived, he had been dead for 8 to 14 hours, Bogdanos said.

Brenner has sought to show that Jordan acted out of love and desperation.

She had been threatened by her first husband and former business partner, Brenner said. She had accused the man of raiding her bank accounts and defrauding her of millions in profits from their joint businesses. She filed a lawsuit against him in 2012, seeking damages for breach of contract and fraud.

Her first husband filed a lawsuit in August 2013, claiming Jordan defamed him in interviews she gave the media in an effort to advance her defense.

Jordan believed that if she died, Jude's biological father, a yoga instructor, would have gained custody, according to Brenner.

Brenner said Jordan told a therapist and local authorities about the alleged abuse but no action was taken.

Jordan faces 25 years to life in prison if convicted.