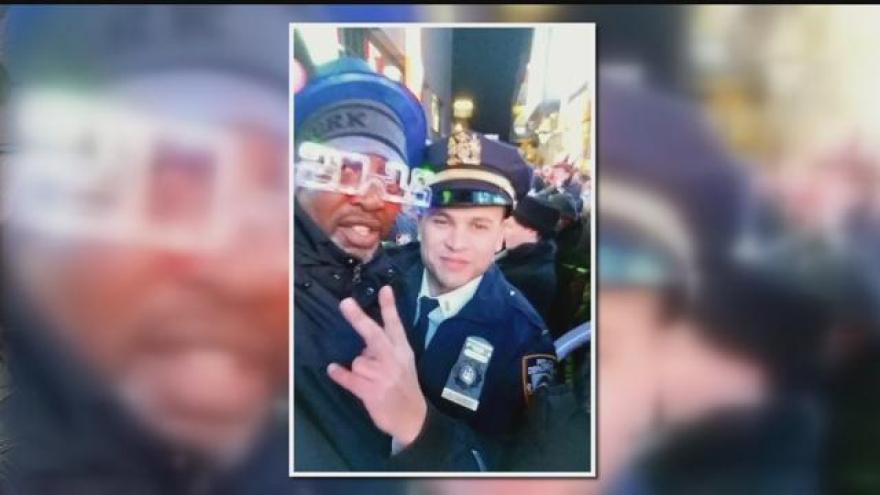 It was a Racine man's dying wish: To see the ball drop in Times Square, in person.

His wife made it happen with help from the New York Police Department, but that's just where the story started.

Roger Higgenbottom was known in Racine as a guy with a big heart.
And now nearly two years after his death, his love for others lives on and has become contagious.

"He was most well-known for his hugs. He had these signature hugs that would just embrace you," said Diana Higgenbottom, Roger's wife.

Roger Higgenbottoms love for life had to live on.

The story starts in 2014 with Roger's bucket list item: Times Square on New Years Eve with his wife, Diana.

"We bought all our hats and necklaces and lights and he said wake me up at 11:30 PM!" said Diana.

So sick from his cancer, he had to sleep all day in his hotel, knowing they'd likely miss the ball drop.

"And I remember his exact words: At least I made it out here," said Diana.

Diana prayed for a miracle to get there in time and saw NYPD officer Jamiel Altaheri.

She told him rogers story and he said "Follow me."

"When he finally did stop us he turned Roger around and said, 'This is your ball isn't it? Is this good enough?'
And we were right underneath it. I looked at my watch and it was 11:57 PM," said Diana.

Diana and Roger kept up with Jamiel: He sent them presents and Diana attended his promotion ceremony.

This year, daughter Danielle met the officer and got to relive her father's favorite memory.

"My dad was here, my dad got to experience this and seeing the confetti fly; it was amazing and I could feel his presence," she said.

The story is well known in the New York Police Department.

In fact, Diana and Danielle say they experienced so much kindness from officers, they have to pay it forward, adding to Roger's legacy of love.

"Of course I was going back to relive memories but I was able to create new ones. Add them together and its even better. Another chapter of the story," she said.

Both ladies say, they hope people will hear Roger's story and it will be a reminder to them that one small act of kindness truly can change a person's life.