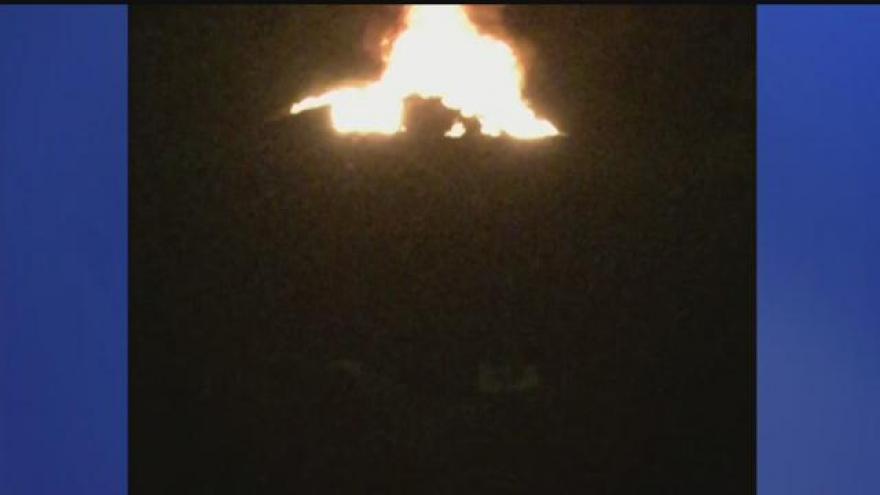 Jason Kellner is scratching his head and thanking his lucky stars.

He was on the interstate Wednesday night when the inside console in his car started smoldering and then it burst into flames.

"I opened it up and saw a small flame," Jason Kellner told CBS 58 News. "I tried to pat it out with my jacket, it turned into a bigger flame. By the time I made it here to the parking lot it was a big flame."

Jason was able to pull into the parking lot of "King of Glory" Lutheran Church in Greenfield.

Firefighters arrived within ten minutes to put out the fire.

He says he's just glad his wife and son weren't in the car with him.