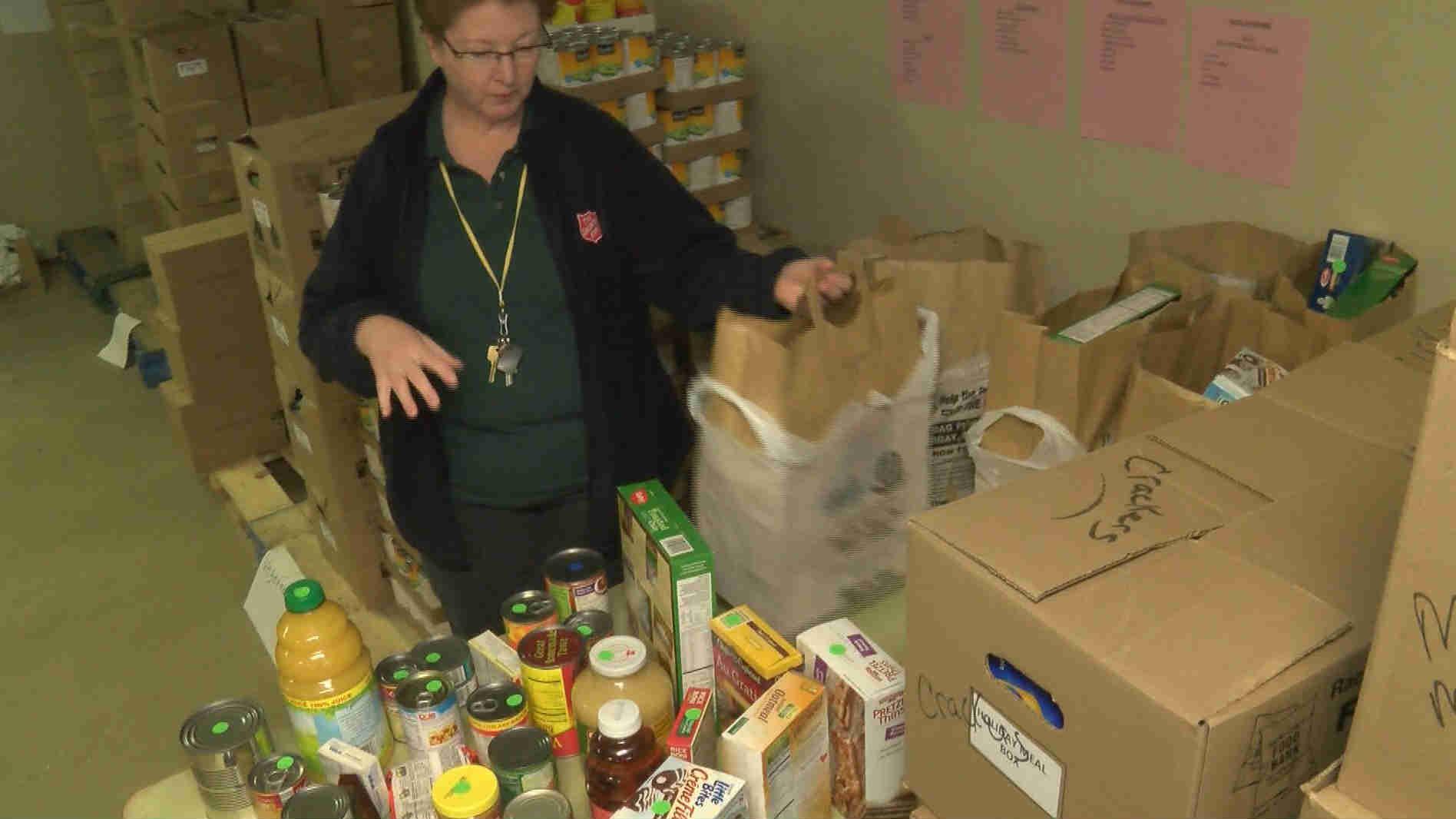 After years of asking, hungry families can now actually walk out of the Salvation Army on Washington Avenue with a bag of groceries instead of just a referral.

The Salvation Army opened its pantry doors for the first time Wednesday morning to people like 64-year-old Carl Meyers.  Meyers struggles to get by on disability pay.

\"It's a great help,\" Meyers said with a bag full of groceries.  \"Otherwise, I'd have to go to another food pantry, which I'd have to take a bus and then carry groceries on the bus. It's hard.\"

The Salvation Army, located at 1901 Washington Avenue, used to be a middle man for Racine pantries -- a place people came to get referrals, but no actual food. Last October, the S.A. decided to become a provider themselves.  Workers stocked food over the winter and worked on contracts with suppliers like the Racine County Food Bank, Racine-Kenosha Community Action and Feeding America.

\"It was a long process, but now we're open and people are happy that they can come here because they live right here,\" Salvation Army Business Administrator Leonita Schweigert said.

The first day was a success.  Workers handed out 25 bags, reaching their quota in the first two hours.

But without someone to initially sift through the approval process, the county's main pantry food provider scrambled to find a solution.

\"There was a little frustration and some stumbling blocks early on,\" Racine County Food Bank Executive Director Dan Taivalkoski said.

The Food Bank supplies about 75 percent of the pantry food in the area.  Taivalkoski needed to make sure people didn't take food more than once a month.  That's as much food as the bank can afford to distribute to the 15 pantries it supplies.

\"The challenge is if you get folks who are accessing it more than that, by the end of the month the pantries are short and then you have people in need that haven't accessed yet,\" Taivalkoski said.

Taivalkoski says the United Way now handles referrals by phone.  People just call 2-1-1 and can get assistance.  They simply need to provide proof of residence and proof of their family members living with them.  Federal rules set the cutoff at 185 percent of the poverty line, but Taivalkoski says food pantries can't ask to see proof of income -- it's all based on trust.

\"We are in good shape to help them and hopefully get them through,\" Taivalkoski said.

You can find more info about food pantries in Racine County through the Food Bank's website here.

The Salvation Army on Washington Avenue will provide food Wednesdays and Thursdays from 9 a.m. to noon.  Volunteers help restock the other three weekdays.