New PSA takes aim at gender norms ahead of Halloween 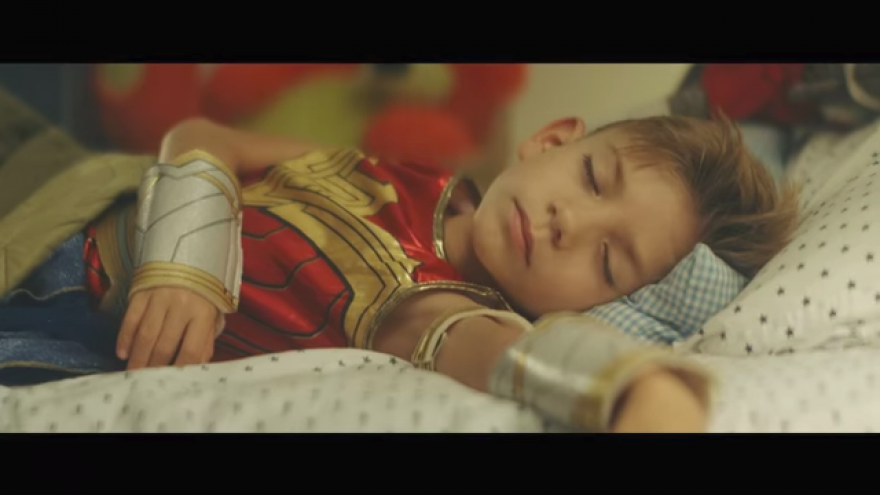 (CBS) -- If you've followed Caitlyn Jenner's transition or ever watched an episode of "Transparent," you know that the conversation around gender identity has made it into the American mainstream. And this week, thanks to a new PSA produced by Landwirth Legacy Productions, the debate over the appropriateness and, as some see it, datedness of gender norms has hit social media feeds across the country once again.

Why? Well, there are few holidays more steeped in gender norms than Halloween. We're well-accustomed to the images of little boys dressed as superheroes and little girls dressed as cheerleaders and princesses, walking door to door in the joyful pursuit of candy. But what if your little boy wanted to dress up in a costume traditionally designated for girls, or vice versa?

That's precisely the scenario the PSA tackles. In it, we see an all-American dad carving pumpkins with his daughter and son. There is a cutaway to the pumpkins -- one a bat signal and the other a Wonder Woman symbol -- then the children's mother comes into the room with two corresponding costumes. The children are delighted. They run out of the room to try on their Halloween costumes, as the parents share an ambiguous, sentimental look.

"They're costumes. They're going to look awesome," Mom lovingly assures Dad as the children run upstairs.

Then comes the trick-or-treating scene. The little Batman and Wonder Woman gleefully ring a neighbor's doorbell as their parents wait nervously at the curb. The son is dressed as Wonder Woman, the daughter as Batman.

And to the great relief of their parents, the neighbor bends down and without an ounce of judgment and gives the little superheroes candy, while telling them that they look great and thanking them "for keeping our streets safe."

At night's end, we see the parents put their children to bed, still in their costumes. And just before turning out the lights, the father -- who has yet to give viewers a clear impression of his emotional state -- glances at his sleeping children and says, with tears in his eyes, "My heroes."

It's an idyllic presentation of what is no doubt a difficult scenario for many parents these days. But as our understanding of what it means to be transgender and non-binary expands, it is surely a scenario that will be played out in more and more houses across the country with each passing year.