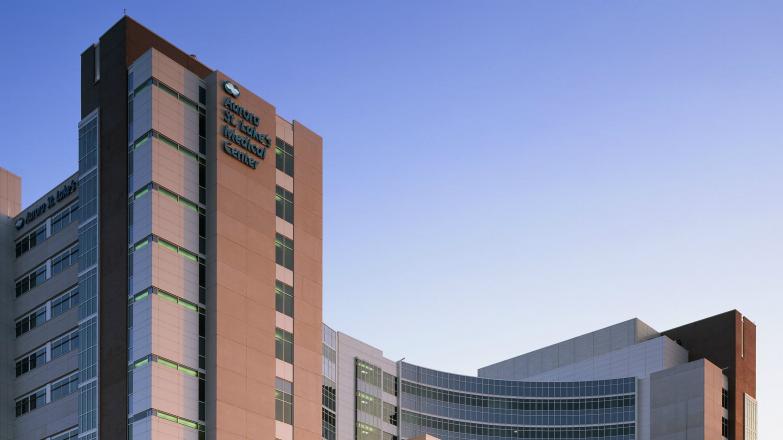 Aurora St. Luke’s Medical Center has become the first hospital in Wisconsin to implant in a patient a new device that helps close holes in the heart, in an effort to reduce strokes.

The device could bring new treatment options for patients who have known holes in their hearts.

The St. Jude Medical device has been clinically proven to reduce the risk of a second stroke by closing a small hole in the heart called a patent foramen ovale (PFO). The PFO is a flap-like opening between the upper two chambers of the heart.  After birth the PFO should fuse to form a solid wall. However, in about 25 percent of the population, it remains open.

In patients where the cause of stroke is not identifiable (cryptogenic stroke), the physician guides the device through a catheter to the patient’s heart from a vein in the patient’s leg during a minimally invasive procedure. The device seals the hole and remains permanently implanted in the heart.

“The recent FDA approval of the PFO Occluder brings new hope for patients ages 18 to 60 with cryptogenic stroke who may be seeking alternative treatment options for prevention,” said Dr. Bajwa, who also is one of the primary physicians involved in Aurora St. Luke’s growing transcatheter aortic valve replacement (TAVR) program. “Being the first hospital in the state to provide this new device to patients builds on our commitment to innovation and providing the best in patient care.”