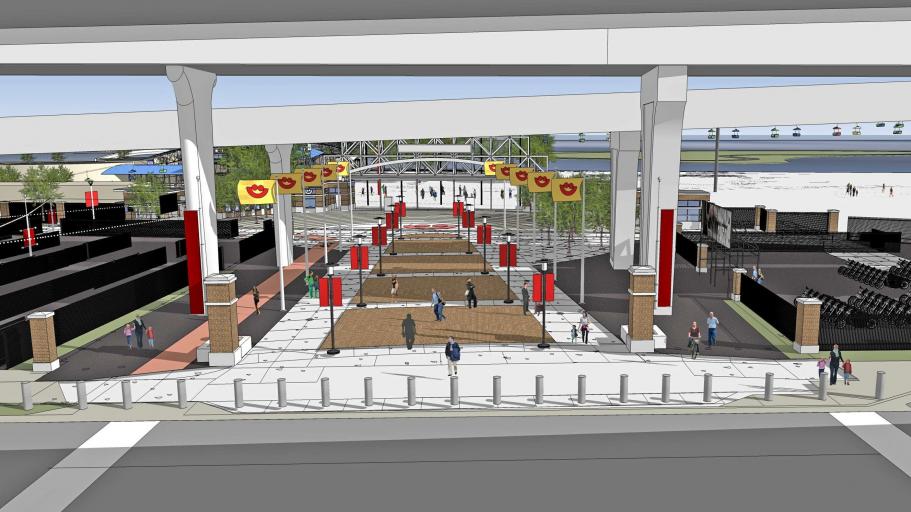 Summerfest is getting a new plaza gate. Milwaukee World Festival announced the plaza that would create a path for those walking or biking to Summerfest's central and most used gate.

The plaza is expected to be complete before the start of Summerfest 2017, the music festival's 50th anniversary.

The location of the plaza would be directly below the Hoan Bridge between two parking lots.