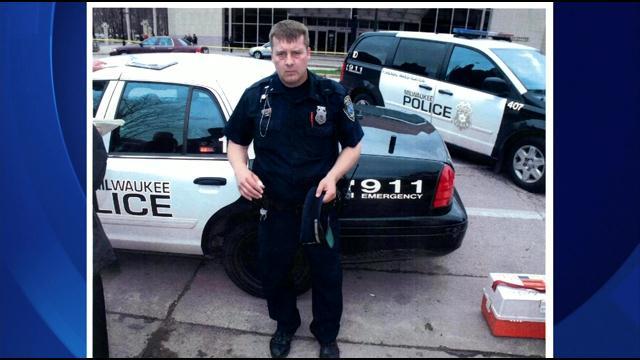 The photos were taken shortly after Manney shot Dontre Hamilton 14 times, killing him at Red Arrow Park on April 30, 2014.

In the new photos of Manney taken hours after he shot and killed Dontre Hamilton, Manney appears to have swelling underneath his eyes, and red marks on parts of his body.

But Mike Wilder with the Coalition for Justice says Manney's story doesn't match the proof.

\"There's no visible injuries that I see in these photos to justify the death of Dontre Hamilton, a man who was just sitting in the park like anyone else so my thoughts are the same as the family and other community members on this incident”, said Mike Wilder.

However, the Milwaukee police association, supporting Manney's appeal to get his job back, thinks otherwise.

In a written statement, the president says:

\"A critical incident is a very volatile and dangerous situation for all involved - during the altercation that led to the unfortunate necessity for the use of deadly force, Uniformed Officer MannMane in-fact injured; ultimately extremely fortunate to survive the ordeal. Manney, suffered from human bite and multiple strikes from a wooden baton to his head, neck and body. While wounds heal, mental health concerns borne of the traumatic encounter will most likely persist for years to come.\"