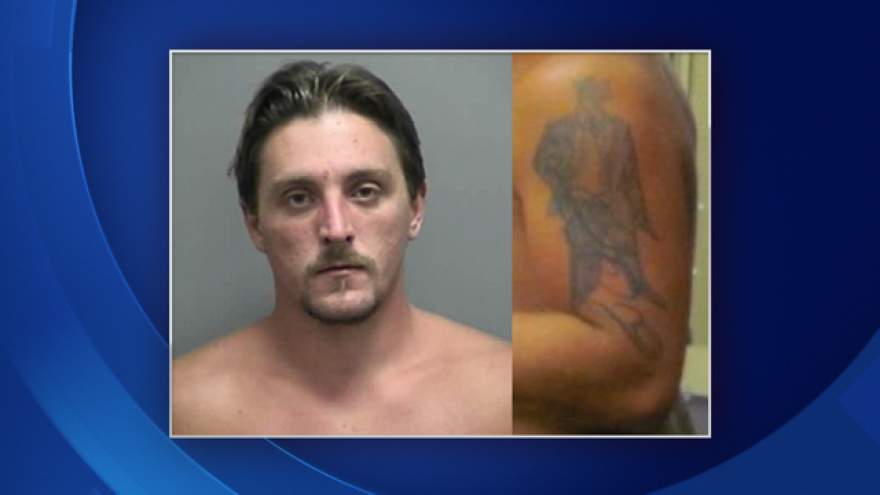 The Rock County Sheriff’s Office has released a new photograph of the tattoo on fugitive Joseph Jakubowski’s upper right arm.   The photo is a mirror image of the tattoo which is covering up the previously reported “BOY” tattoo.  The photo is provided by the Janesville Police Department.

To date, the Rock County Sheriff’s office has received 785 tips and is actively investigating 158 of the tips as to the location of Jakubowski.

Jakubowski, wanted for the burglary of a Janesville gun shop and making written threats, is described as a white male, 5’10” tall, weighing 200 pounds with green eyes and brown hair.

Investigators remind the public that Jakubowski is considered “armed and dangerous”. Direct sightings of Jakubowski should be called into “911” immediately. General tips and historical information can be reported to the FBI Tip Line: 1-800-CALLFBI (225-5324) or the Rock County Sheriff’s Office Tip Line: 608-757-7911. The FBI is offering a cash reward of up to $20,000 for information that leads to the successful apprehension of Jakubowski.