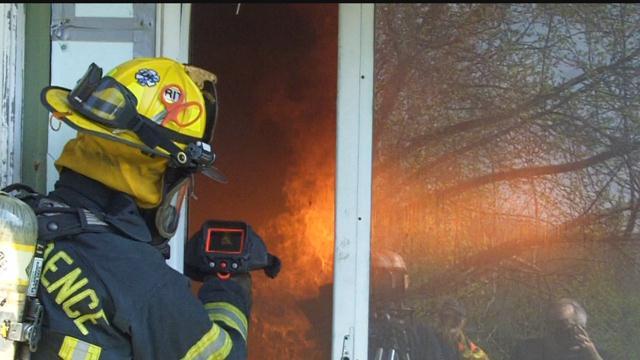 A Wisconsin company hopes to save lives by introducing a modern fire extinguisher.

“X-tinguish” is a fire suppression tool that fills a room with potassium gas to prevent oxygen from spreading fire.

The device is safer than a traditional extinguisher especially for fires in enclosed rooms or small spaces. It also avoids water damage.

Police and first responders are starting to use the device because they can fight a fire without getting near it.

“A week and a half ago, Houghtonville fire, first on the scene was an officer who deployed the unit four minutes later when the engine came on scene, and once they made entry into the unit, there was no heat, and very little fire,” says Rick Cohen the owner of Ten 2 Communications.

The units cost about $650 for private use. North Shore Fire Department, Mequon Fire Department, Washington County Sheriff’s Office along with other emergency responders are implementing this device.